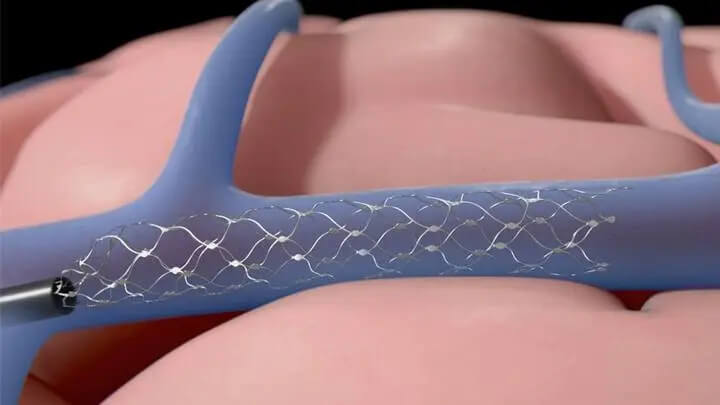 Synchron Inc
Synchron, a neurovascular bioelectronics medicine company, today announced publication of a first-in-human study demonstrating successful use of the Stentrode™ brain-computer interface (BCI), or neuroprosthesis. Specifically, the study shows the Stentrode’s ability to enable patients with severe paralysis to resume daily tasks, including texting, emailing, shopping and banking online, through direct thought, and without the need for open brain surgery. The study is the first to demonstrate that a BCI implanted via the patient’s blood vessels is able to restore the transmission of brain impulses out of the body, and did so wirelessly. The patients were able to use their impulses to control digital devices without the need for a touchscreen, mouse, keyboard or voice activation technology. This feasibility study was published in the Journal of NeuroInterventional Surgery (JNIS), the leading international peer-review journal for the clinical field of neurointerventional surgery, and official journal of the Society of NeuroInterventional Surgery (SNIS).

The American company Synchron plans to begin testing with brain chip implants in six patients at a hospital in New York.

Synchron has already received approval from the relevant authorities (FDA) to conduct clinical trials of a neurochip that will connect the brain and the computer, Bloomberg reports. This after having previously tested the device on four volunteers in Australia.

The main task of the innovative implant in the human brain, called  Stentrode, is to help paralyzed people control various digital devices using the power of thought.

Using a thin wire, the chip implanted in the brain is connected to an implant located in the chest. It is important to note that Stentrode connects to the body without surgery, that is, with penetration through the blood vessels at the base of the neck. All the procedures involved in this installation take about two hours.

Interestingly, according to the publication, this project is funded by the United States Department of Defense, which may indicate the department’s long-range plans for this development.

Notably, Synchron received permission to test the new technology before  Neuralink, Elon Musk’s well-known company, which had previously introduced the chip into the brain of a primate.

Work in this direction has been going on in the world for a long time, and scientists are interested in creating a brain-machine interface with the least interference in the human body. For now, the biggest concerns lie with cybersecurity.

“There are a variety of security concerns that haven’t been addressed before, which is a big part of the discussions we’ve had,” said Synchron CEO Thomas Oxley.

If the study is successful, this brain implant could reach the next step in the approval process, with an estimate of the product available on the market in the next three to five years.