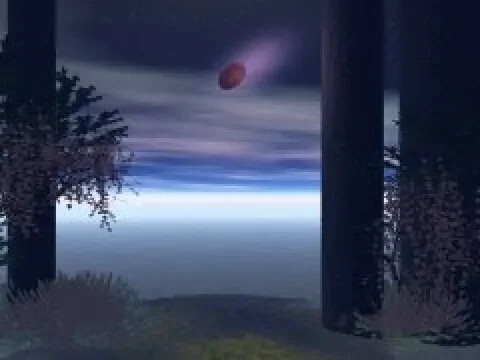 Southaven UFO crash incident could be the first one where the investigator who led the case was sent to jail. Something mysterious happened at Southaven Park in Long Island in New York on November 24, 1992. There were many reports of the eyewitnesses who claimed to have seen an unknown craft crashed in Southhaven Park. Even many local residents noticed strange lights and strong rumbling sounds that night.

The case was investigated by the UFO group known as Long Island UFO Network (LIUFON). According to the chairman of the UFO group John Ford, some witnesses noticed a fire immediately after the crash, and the county police blocked the roads near the park and also closed it for the public for a few days after the event.

Some people claimed to have seen military helicopters near the incident place. Interestingly, one witness experienced unusual power surges at his home for five to six days after the alleged crash, and even his telephone would ring strangely without anyone on the other side.

An anonymous 45-year-old man said: “I ride horses in the park so I’m pretty familiar with the activities there. For the next few days there were a lot of military helicopters going over the park — and I couldn’t get in.”

Ford and his team noticed something odd about the park during their investigation. They discovered a particular area in the Southhaven park that was burned out, and several trees were broken in half. Besides, some area was plowed by machinery.

One of the former LIUFON investigators named Thomas recalled the experience he had after the incident. He remembered:

“I was working part-time driving a school bus van and I had to pick up a girl who was a matron so I had a drive out the Shirley which is done at the end of South Haven Park. When I picked this girl up, we had a conversation, and we mentioned South Haven Park as we’re going by. I said were you familiar with the downing of the UFO and she said yes. She told me what had happened. She says that the night me and a bunch of friends, we had climbed a fence and went into the park and she said all these military vehicles pull up that night and she said we got the heck out of it and we didn’t find out until later that that was a UFO was shot down.”

There were several other strange activities that happened after the crash including military helicopters and roadblocks. According to one witness, he saw officers in plain black dress at many roadblocks.

People who claimed to have seen the UFO described it as a tube or cylindrical in shape. One driver on Sunrise Highway noticed two large blue lights at the sides and one white light in the middle. The craft was metallic grey in color.

Ford publicly accused the local government officials and the federal government of covering the UFO crashes that occurred in Moriches Bay, Southhaven Park, and near the Pine Barrens area. In 1966, after those accusations, he was arrested and charged with conspiring the assassination of three political figures. He and two other accomplices Joseph Mazzucchelli and Edward Zabo were charged with killing three local Republican officials.

Later, from the hand-written note of Ford, he called himself an undercover CIA agent who had been working unofficially for 30 years, so no track record of his service. Another guy Joseph Mazzucchelli was an officer of Mossad intelligence who, according to Ford, had infiltrated the UFO organization.

During his trial, a former judge of Suffolk County Court concluded that Ford was delusional and ordered to send him to a psychiatric center in New York. The Suffolk County District Attorney’s office withdrew its motions contesting the results of the psychiatric tests.

Ford said he was framed in the murder charges by the higher intelligence to shut down his UFO organization. A campaign was run by his supporters and a website called “Free John Ford” was made in his support of the release. His friend called him completely harmless.