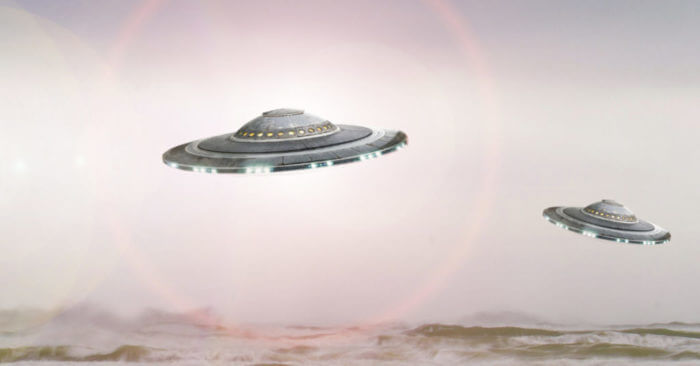 04/22/21
After former President Donald Trump signed into law a bill on Dec. 27, forcing the Pentagon and spy agencies to reveal the secrets of the UFO phenomenon within the next 6 months, the pressure to know the truth has been mounting.The opening towards the subject of the visits of extraterrestrial intelligent beings is growing more and more, going from a time when their existence was completely denied to making their knowledge mandatory for the citizens, as it was published at the time by the British media The Sun.Although the declassification of the documents is still two months away, information on this delicate subject has been accumulating for decades, and among the most surprising is the Iranian version, according to which an extraterrestrial leader would rule the United States.Apparently, there is ‘”irrefutable evidence’ of an ‘alien/extraterrestrial intelligence agenda’ that directs U.S. domestic and international policy, and has been doing so since at least 1945″ cites Forbes in January 2014.The source for Iran’s Fars News Agency would be an archive of nearly two million documents guarded by the National Security Agency-Central Security Service (NSA/CSS), run by the Department of Defense.Likewise, the controversial computer specialist and former CIA agent, Edward Snowden, was the one who leaked the revealing secret files.They claim that extraterrestrials “have been visiting our planet for thousands of years” and that several types of these aliens, including the “Tall Whites,” are working with the U.S. Air Force Nevada.Members of this species met in 1954 with President Dwight D. Eisenhower when the “secret regime” that currently governs the nation was established.However, as early as 1930, they were technically assisting the Germans, and especially the Nazis, as evidenced by the fact that from building only 57 submarines during the four years of World War II, they manufactured 1,163 technologically advanced modern submarines in their shipyards.

But far from sounding like just another science fiction story, the incredible tale becomes even more threatening when the report of the Iranian secret services shows the risky intentions that animate the aliens.

It is nothing less than absolute domination over human beings, which would occur as part of a programmed “final phase.” To increase the chances of success, the “Tall Whites” would be helping to set up a global electronic surveillance network charged with concealing their dangerous existence.

The documents would also point to former President Barack Obama as a representative of this shadowy “secret regime,” according to the website Whatdoesitmean.com.

However, as expected, there is a faction of extraterrestrials with opposing interests, about whom even less is known, and there is no reason to believe that they are any less threatening.

On the other hand, it was only a month ago that Senator Marco Rubio (R-Fla) told a reporter that he is concerned about UFOs, or unidentified flying objects, flying over U.S. military bases. And he demanded that security officials issue reports about them.

Rubio is a member of the Senate Intelligence Committee and served as its chairman before the Democrats took over the White House this year. His concerns only add credence to a phenomenon that can no longer be ignored.

Thank you Jose Hermosa  foe your wonderful post!
Please remember we all have different opinions, Think Before You Speak or Write Something that is cruel to Others. After all, We are only Humans. Wishing you clear skies and wide eyes. To share your experiences or just leave a comment there is a area below. Read or listen.