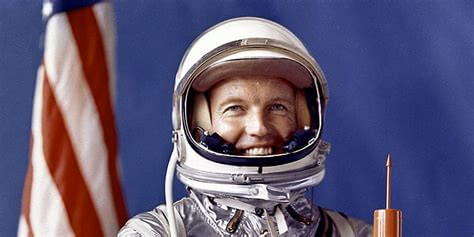 THE PHENOMENON MOVIE
Director James Fox’s explosive documentary is being hailed as the most credible and revealing film ever made about the long-standing global cover-up and mystery involving unidentified aerial phenomenon. Including shocking never-before-seen testimony from high-ranking government and military officials, NASA Astronauts, and riveting footage, the timely film includes bombshell reveals about UAP incursions at nuclear weapon facilities and the monumental events behind the NY Times’ recent disclosure of UFO videos and The Pentagon’s classified UFO Program. Providing eye-opening evidence that mankind is not alone in the universe, Senator Harry Reid says “The Phenomenon makes the incredible credible.” Former Senior CIA Officer Jim Semivan, calls it “The most important documentary of the year and the most accurate examination of the world’s greatest mystery.” Dr. Jacques Vallee says “70 years of secrecy has led to this. The most credible documentary ever made about UFOs.” Lue Elizondo, Former Director of the Pentagon’s Advanced Aerospace Threat Identification Program (AATIP), says “The Phenomenon sets a new benchmark for disclosure and is the most accurate and informative documentary ever made about UAPs.” Narrated by Peter Coyote, the film includes Senator Harry Reid, President Clinton, President Ford, John Podesta, White House Chief of Staff for Clinton and advisor to Obama, Governor Bill Richardson, Former Deputy Assistant Secretary of Defense for Intelligence, Christopher Mellon, NASA Astronauts, Governor Fife Symington, George Knapp, Dr. Garry Nolan, Dr. Jacques Vallee, who was portrayed in Steven Spielberg’s Close Encounters of the Third Kind, and more.