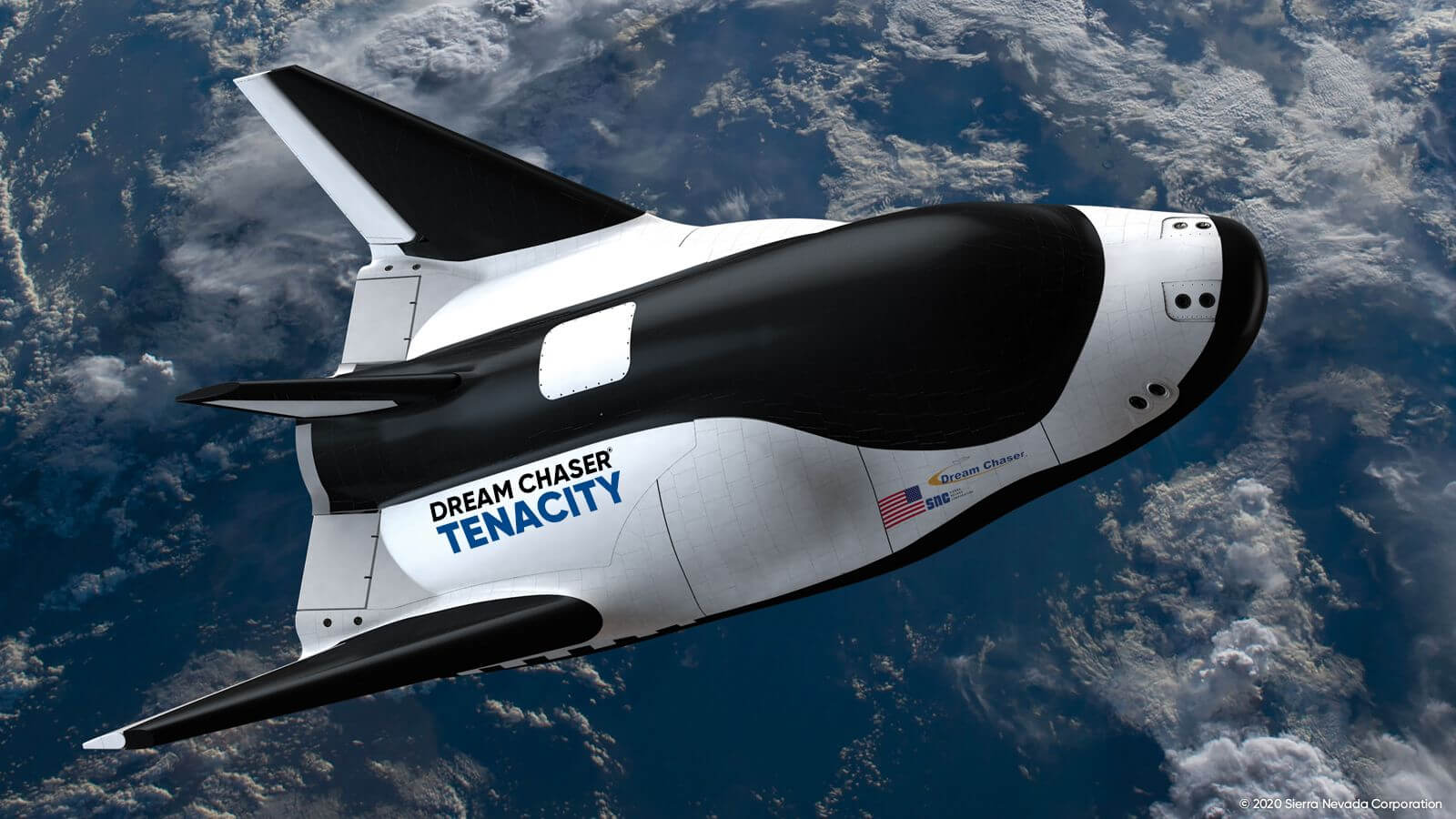 Sierra Nevada Corporation
Integrated Capability (CCiCap) Program. To celebrate this award, SNC is pleased to release our new Dream Chaser® Space System Concept of Operations video which illustrates our primary mission of delivering crew and critical cargo to and from the International Space Station.

Sierra Nevada Corp (SNC) won a $2 billion contract from NASA to build the Dream Chaser, a space vehicle that promises to become the first-of-its-kind reusable cargo vessel. the new space plane could make a round-trip journey to International Space Station much faster than Elon Musk’s SpaceX vehicles. In fact, SNC aims to transform the way spaceflights are perceived, and could become the second big space organization, next to NASA. (see 4:01 minute video of the Dream Chaser’s Concept of Operations below)

The Dream Chaser is currently able to travel in near space autonomously. SNC is planning a manned mission in 2022. The space plane will be carried into space on a United Launch Alliance rocket from the Kennedy Space Center in Florida. The Dream Chaser will land on the space center’s landing strip which the Space Shuttles used. This means that the Kennedy facility is not only performing as a NASA facility, it’s also becoming a multi-user commercial spaceport. The Sierra Nevada Corp’s Dream Chaser operation at Kennedy will include the hiring of dozens of employees and may even require the construction of new buildings to cater to engineering necessities.

competition after the announcement of a new spaceplane set to take its first flight. It is claimed that the new spaceplane could make a roundtrip to ISS much faster than SpaceX vehicles.

The new spaceplane is built and operated by Sierra Nevada Corp. in Nevada and aims to transform the way spaceflights are perceived. The new spacecraft is called the Dream Chaser and as announced can go on the space venture with autonomous capabilities. It will be lifted through ULA (United Launch Alliance) rocket from the Kennedy Space Center to execute

flights to the ISS.

The new Dream Chaser by the Sierra Nevada Corp. will land on the space center’s landing strip which previously has been used for landing space shuttles. Former astronaut, Janet Kavandi said that the first of the Dream Chasers is getting ready for being delivered to Kennedy Space Center and will land on the strip somewhere around spring 2022.

“When we first launch next year, 2022, at the end of that mission, we plan to come back and land here at this very runway,” said Kavandi.