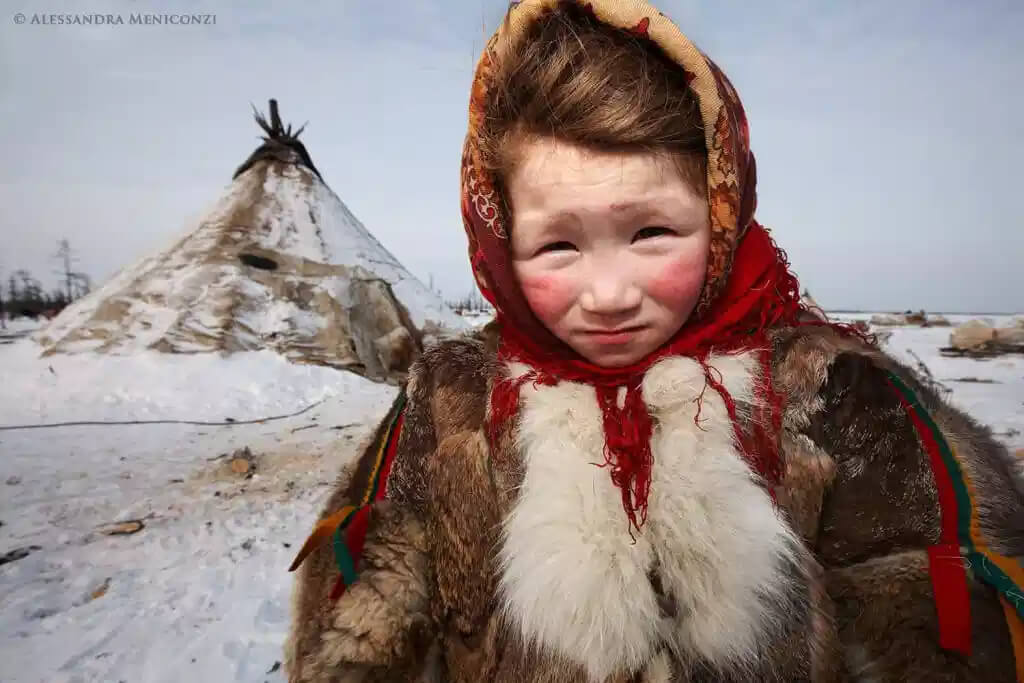 Norman Blogger-ru
According to legend, this mysterious people once lived in the tundra in Siberia and the Urals. The inhabitants of the Far North called them sikhirta (or sirtya) and attributed many strange properties to them. Sikhirta were small in stature with light eyes and lived in high sandy hills. According to legend, for some unknown reason, they went underground, and on the surface they avoided meeting people. Strange creatures came to the surface at night or in fog. They wore beautiful clothes with metal pendants, often presented people with metal products, because Sikhirtya are excellent blacksmiths and jewelers. So who are they, these mysterious sikhirta? It is known that the Samoyeds (Samoyed peoples) – the Nenets and others – relatively recently settled on the coast of the Arctic Ocean (from the 2nd to the 19th century AD), who lived here before them?

There is no doubt that thousands of years ago, the Arctic region was inhabited by the Samoyedic ethnic group known as “Nenets” who live in tents. But there is a legend that there had lived a mysterious race called “Sikhirtya” or “Sihirtia” or “Sirtia” before the arrival of Nenets.

According to a Nenets’ legend, Sihirtians had light blue eyes, blonde hairs and they were very small in size. They used to live underground in the stunning daylight and only in the dark or in mist, they came out of their caves, using dogs and mammoths instead of deers for traveling in a search for prey. Sihirtians had supernatural abilities and mastered blacksmithing, fishing, and hunting.

It is believed that Sihirtians were not the indigenous people, they came to the North from over the sea thousands of years ago to Yamal and later spread their culture to the peninsula. They were highly skilled in comparison to Nenets. Sihirtians did not live in tents like Nenets but in dugouts that had the entrance from the top. The Nenets said that the Sihirtians had underground storerooms with strict security to the entrance.

At first, Nenets and Sihirtians had no cultural or personal clash, but the Nenets increased the number of deers they need grassy land for their herd to feed. Sihirtians might have been skilled but they lacked the fighting skills, due to which they had to abandon their earthen houses and went to dungeons to graze their mammoths.

In 2017, during an archeology expedition in the Tazovsky peninsula, a grave of the young child was discovered, he died between the age of three and seven in the late 15th or early 16th centuries. After excavating the burial, a team of researchers led by Alexander Tkachev of the Museum of Archaeology and Ethnography of Tyumen State University found that ‘elite’ headgear embellished with bronze decorations and iron rings on his grave. Such evidence helped the experts to confirm that the grave belonged to the indigenous Sihirtian people.

“When we dug down, we thought the grave was almost empty, but then we saw two knives and were very surprised. When we noticed the pieces of fur and woolen cloth along with the decorations – and understood it was impressive headwear – we were really shocked,” Tkachev said.

Indeed, archeologists have discovered 4000-year-old sites in the Arctic region, dating back to the bronze age. They unearthed metal pendants, carved tools, and ancient pottery that belonged to the non-Samoyed race. French explorer Pierre-Martin de la Martinierre described Nenets as the sorcerers in his “Voyage des pais septentrionaux,” publhsed in 1671. Besides, during his trip from Copenhagen to the Russian coast, he met mysterious short people who wore the white fur of polar bears and lived in homes of fishbones and moss.

Among many Nenets’ folklore, there is a story when two sisters saw an extremely small man with white hair on a fog-like cloud, floating towards them, who could communicate with fish. In another story, when one family stopped to give rest to their reindeer, they spotted a beautiful tiny girl in a shiny silver button dress who was asleep on the grass.