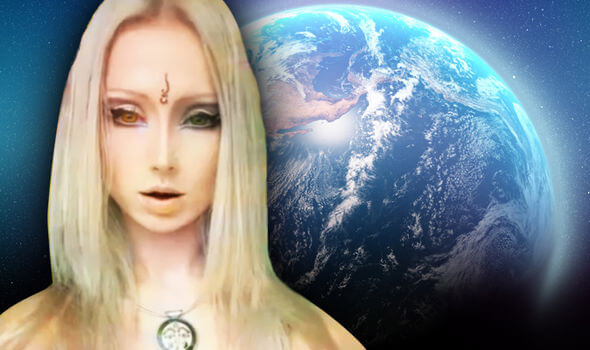 Aliens are living in communities on Earth, it has shockingly been claimed

The “beings” claim to be party of the so-called Pleiadan race – a mythological species of humanoid described in UFO circles as being Nordic or Scandinavian in appearance.

The biggest base, according to Inexplicata, the journal of Hispanic ufology, is just under 70 miles from mountainous Salta in north-west Argentina.

Local news outlets in Salta reported claims there are now about 30 of these communities in Argentina and further afield, where the occupants claim to have reached “the end of an evolutionary cycle”.

Inexplicata reported: “Between the communities of Cachi and La Poma, along Route 40, can be found a “Pleiadan base” whose occupants claim to be the embodiment of extraterrestrial beings from some distant corner of the universe.

They’re here: That is according to several paranormal websites anyway.

“Amid messages and entreaties to return to primitive simplicity, the residents claim having reached this northern Argentinean province to herald “the end of an evolutionary cycle”.

The main “base” is allegedly remotely hidden away behind gates and down “meandering paths”.

Inexplicata added: “The homestead, little more than hills and blocks, is hidden in the vegetation.

“Upon arrival, a bell dangling from a post allows visitors to make their presence known.”

There is little recorded material on the site, but in a recent interview, the “Pleiadans” welcomed a reporter with the following disconcerting statement: “We were expecting you. Our brothers of light told us you would be coming.”

The reports in Salta said there was one other base in that province at Cafayate.

The Pleiadians are said to resemble beautiful humans, often Scandinavian in appearance

The Pleiadians are known as Nordic aliens and are humanoid-like aliens that come from the stellar systems surrounding the Pleiades stars. They are very concerned about Earth and our future

One version of the story was released with a picture of what looked like a museum waxwork figure, prompting people to call the whole thing an elaborate hoax.

But the myth of the Pleiadans being on Earth stretches much further than Argentina.

There are several websites devoted to the subject and even how you can tell them apart from humans.

They are said to come from the Pleiades, a star cluster around 400 light years away in the Taurus constellation which is only 150million years old.

Scott C Waring of ufosightingsdaoliy.com said the aliens were here to try to save us from our sleeves.

He said: “The Pleiadians are known as Nordic aliens and are humanoid-like aliens that come from the stellar systems surrounding the Pleiades stars.

“They are very concerned about Earth and our future.”

Some believers even argue both the Scandinavian and Native American races are actually descendants of the Pleiadians, said to have come from the planet Erra which orbits the star 10-Tauri or Taygeta.

“Scandinavian” and “darker-skinned” Pleiadians are tall, slim and beautiful looking, according to believers.

UFO legend has it that the Pleiadians themselves are descended from another older race of beings on a planet called Lyra in a galaxy outside the Milky Way.