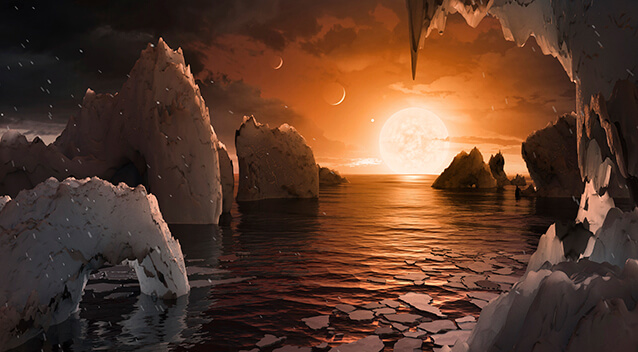 In another major step towards continuous disclosure, this time researchers have announced the discovery of seven Earth-like planets orbiting a small star in our own galaxy.

All seven roughly match the size and mass of our own planet and are almost certainly rocky, and three are perfectly perched to harbour life-nurturing oceans of water, they reported in the journal Nature.

Most critically, their proximity to Earth and the dimness of their red dwarf star, called Trappist-1, will allow astronomers to parse each one’s atmosphere in search of chemical signatures of biological activity.

“We have made a crucial step towards finding life out there,” said co-author Amaury Triaud, a scientist at the University of Cambridge. 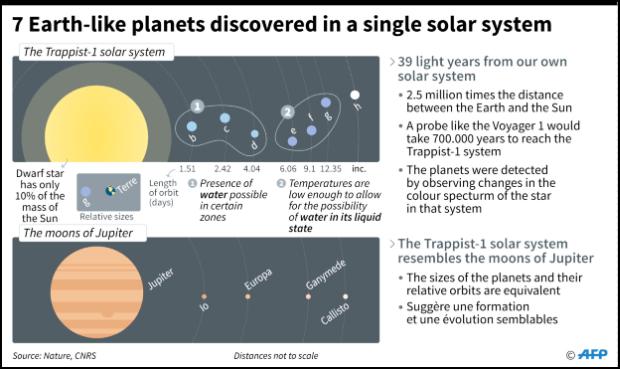 The Trappist-1 system, a mere 39 light years distant, has the largest number of Earth-sized planets known to orbit a single star.

It also has the most within the so-called “temperate zone” — not so hot that water evaporates, nor so cold that it freezes rock-solid.

The discovery adds to growing evidence that our home galaxy, the Milky Way, may be populated with tens of billions of worlds not unlike our own — far more than previously suspected.