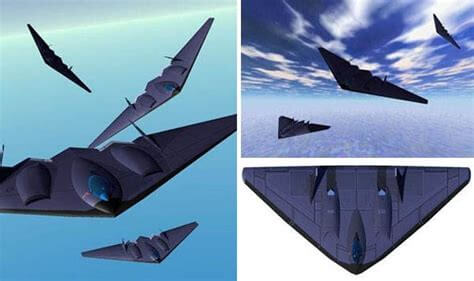 A red glowing triangular antigravity craft has been caught on video while it was parked in the sky over Texas on August 16, 2020.

The witness said that the craft made no sound and did not move at all, it was just sitting there in the night sky. The small lights you see are from the electromagnetic field around the object.
Although the craft is very similar to the infamous TR3-B it also could be the TR3-A Black Manta which is the name of a surveillance aircraft of the United States Air Force, speculated to be developed under a black project.
The exceptional video clip of the Black Manta craft, which by the way does not exist officially, starts at 1.55.