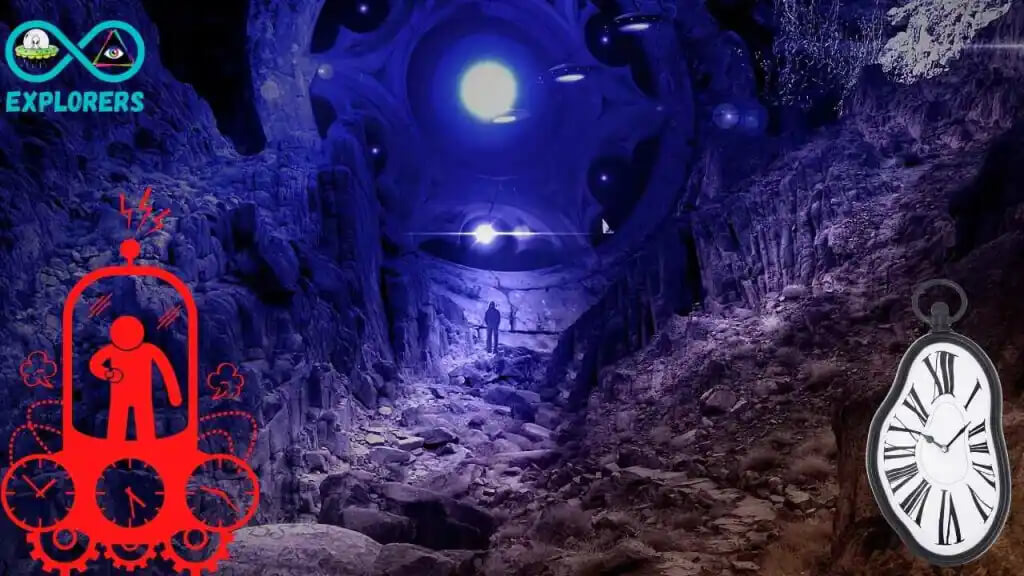 Around the world, researchers have discovered hundreds of instances of spontaneous time travel. However, no one has ever purposely traveled across time. Stephen Hawking, one of the world’s greatest theoretical physicists, previously opposed the notion of time travel but significantly altered his mind in 2012. One such baffling case of time travel took place in China, where it is believed that Chinese scientists traveled through time in search of a UFO.

Modern science is increasingly debating whether the time is static or not? They have been attempting to answer it for decades, but have been unsuccessful so far. Various options let you slow down or accelerate the passage of time by a fraction of a second.

Practical experiments conducted by nuclear physicists in China have proven this phenomenon that time can be stretched or accelerated, but these are now imperceptible fluctuations. No discussion of time travel is conducted officially, however they are, however, being carried out. For eg. the Philadelphia experiment.

According to some accounts, Chinese academics from Yunnan University headed to the Vietnamese border in the summer of 1994 to explore a rumored UFO landing site. Locals reported that a spherical object crashed into a woodland region in Jinhe Township, Yunnan Province.

On their arrival, they discovered that a deep hole had formed in the earth in the heart of the woodland. It was unclear whether the mysterious instrument collected a sample of the soil or dug a passage through the ground. Kunming and later Beijing were notified of the event. A group of scientists was formed, and the sinkhole in the ground was later explored.

It was discovered that at a depth of 63 meters, there were massive quartz deposits. There was no evidence of the thing elsewhere, but the locals clearly could not have dug such a deep path in the ground. A team of specialists conducted measurements, interviews with residents, and spent the night in the Jinhe community.

The event repeated itself the next night as well. The greenish ball plummeted once more to the stated location. Awakened researchers rushed to the scene and witnessed an unexplained occurrence as well. Approximately 10 seconds after approaching the failure, a ball flew out of it and vanished from view.

In the morning, the specialists descended to the bottom once more. There was significantly less quartz remaining. Additionally, a cavity was detected. Chinese researchers entered it at the risk of their lives. The cavity was a ten-meter-long, eight-meter-wide, and four-meter-high circular chamber.

It had not been treated and the walls were composed of several strata of rock. There was a considerable commotion, and the cavity’s entrance was sealed. The rescue mission lasted three days, but the researchers could not be located alive or dead.

Six specialists from Yunnan University have not been located so far though. However, conspiracy theorists do not believe that the loss is genuine. According to one account, the participants in those events time-traveled.

Five weary and filthy people dressed strangely for the time period arrived in the Jinhe village in 1953, according to written evidence. The sixth participant in the activities remains unidentified. They insisted on being Yunnan University workers, although the official request did not substantiate this.

That is logical, as they were not even born at that time! Local authorities reacted quite violently to any attempt to produce documentation or tell the story — following a public whipping, individuals were transported to a correctional colony, where many died in the mid-1960s due to intolerable living conditions.

Thus, China may have traveled nearly half a century back in time: from 1994 to 1953! Is this story a sequence of coincidences?

It might have been so, had the Yunnan provincial prosecutor’s office not conducted an investigation in 2007 at the request of a group of Yunnan University students who believed in a conspiracy theory about what occurred in 1994. It was discovered that the identities of all five missing specialists matched the defendants in the 1953 case.

Another enigma is that in 2010, the Chinese government launched a new investigation into a quartz vein in Yunnan province. There was no hole discovered in the ground. Additionally, radar detected no cavities in the earth up to a depth of 100 meters. However, quartz was discovered; perhaps it was this mineral that aided in the mobility of professionals over time?

Comment your views about the incident wherein the group of Chinese scientists traveled through time. Did it happen for real or is it just a conspiracy theory?