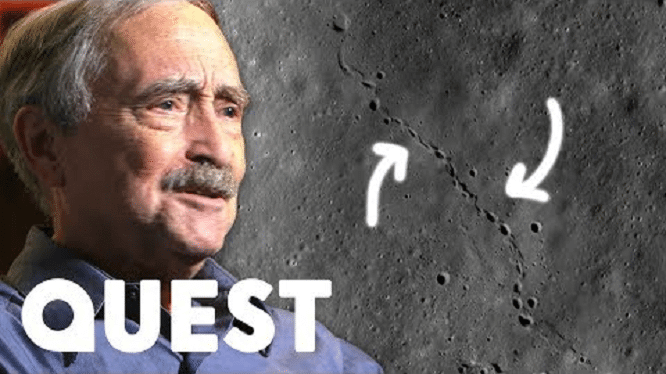 Were humans the only ones to leave their mark on the Moon? Not according to this image.

Apollo, Moon-landing project conducted by the U.S. National Aeronautics and Space Administration in the 1960s and ’70s. The Apollo program was announced in May 1961, but the choice among competing techniques for achieving a Moon landing and return was not resolved until considerable further study. In the method ultimately employed, a powerful launch vehicle (Saturn V rocket) placed a 50-ton spacecraft in a lunar trajectory. Several Saturn launch vehicles and accompanying spacecraft were built. The Apollo spacecraft were supplied with rocket power of their own, which allowed them to brake on approach to the Moon and go into a lunar orbit. They also were able to release a component of the spacecraft, the Lunar Module (LM), carrying its own rocket power, to land two astronauts on the Moon and bring them back to the lunar orbiting Apollo craft.