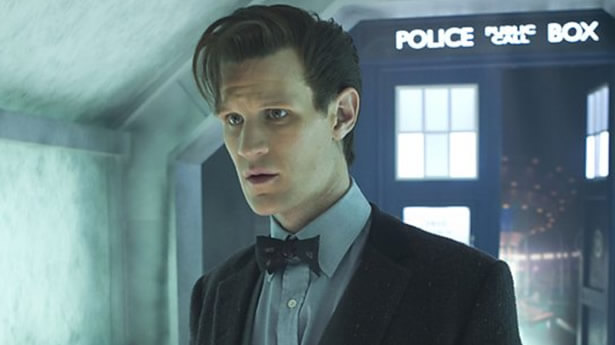 If time travelers from the future are living among us, is there a way we can detect their presence in a reliable, scientific way?

Raw Story talked to Robert Nemiroff, an astrophysicist at Michigan Technological University who attempted to answer that question by searching for time travelers using the Internet.

Time travel to the past is “controversial, at best, and impossible according to conventional views of the laws of physics.” But both Special and General Relativity allow for the possibility, however impractical, of traveling into the past, and it is conceivable that our contemporary “conventional views of the laws of physics” may be contravened at some point in the future, thereby allowing for someone from the future to travel into their past, which would be our present.

Nemiroff and Wilson set out to search “for digital signatures that time travelers potentially left on the Internet.” In particular, they sought “content that should not have been known at the time it was posted,” and they referred to such information as “prescient.”

They were going to scour the Internet via Google for “prescient web content,” but found that Google’s ad program made searching for such content almost impossible, as “the appearance of recent advertisements on older news stories” created an unwieldy number of false-positives. Facebook was also considered, but the site’s infamously execrable search functionality made it a poor candidate.

In the end, the database they chose to use was Twitter.

Raw Story asked Dr. Nemiroff why he believed travelers from the future would use Twitter. “Twitter is an echo of what’s going on in society,” he said, “so I’d ask you, ‘Why do you think a traveler wouldn’t use Twitter?’”

“Besides,” he continued, “it wouldn’t have to be the traveler himself who used Twitter. Someone could have overheard him say something prescient, and put that on Twitter in a way that would be magnified through conversation.”

He also told Raw Story that they used Twitter “because you have to look where it’s light. It’s like the man who lost his keys and is searching for them under a streetlamp. When someone asks him why he’s looking there, he says, ‘I can’t see where it’s dark.’ You have to go where the information is.”

Once they decided to use Twitter as their database, they needed search terms that were both unique and of historical importance. Dr. Nemiroff said that he didn’t want to choose a “one-hit wonder, which could be popular now but forgotten in twenty years,” so he and Wilson decided on “Comet ISON” and “Pope Francis.” Any mention of “Comet ISON” before September 12, 2012 or “Pope Francis” before March 16, 2013 would be considered prescient information.

One potentially prescient mention of “Pope Francis” was found on a blog linked to in a tweet, but Nemiroff and Wilson “deemed the post overtly speculative and not prescient,” as it generally discussed the possibility of a South American pope and listed “Francis” as one name among many he might take.

The pair also attempted to actively court time travelers to reveal their presence by responding to a September 2013 request to include, in a tweet from the month previous, the hashtag “#ICanChangeThePast2″ or “#ICannotChangeThePast2.”

They had exhaustively searched Twitter in August 2013 for evidence of either tag and found none, meaning that when they repeated the search after making their request in September 2013, the person or persons responding would have to have traveled back to August in order to leave the tweet with those hashtags. “Unfortunately,” they concluded, “as of this writing, no prescient tweets…were received.”

Nemiroff told Raw Story that he hopes that other researchers — preferably ones with back-end access to Google or Facebook databases — continue this line of inquiry. “We didn’t prove that time travelers aren’t here,” he said, “only that we couldn’t find them.”

He also appreciated the fact that anyone with Internet access can check his results or duplicate his experiment. He stopped short of calling it a “crowd-sourced” search for time travelers from the future, but did say that he “hopes others will pick up where we left off.”