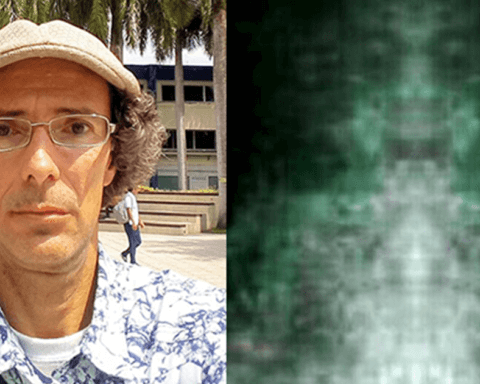 As the title suggests, Daniel Nemes is one of the greatest scientists/inventors of our generation as he recently issued a statement in which he proudly declared the fact that he had officially invented a device able to see multidimensional beings.

His quest began as soon as he started reading about Dark matter and soon after he found himself obsessed over multidimensional entities as a whole and how he could see them for himself. Obviously, he already knew of black light, infrared and ultraviolet technologies, but this wasn’t enough for him as he wanted to personally be able to see these creatures. That is how he came up with the idea behind his own technology that he named “Energivision”.

NASA themselves have reportedly tried to get ahold of this new technology as they wanted to add it to their arsenal but Daniel has been trying his hardest to keep it away from everyone’s sight as he didn’t want it to get too mainstream so as to get in the wrong hands. Daniel also reported the fact that he doesn’t trust the media as a whole as he’s tried to advertise multiple other inventions over the years but he was never given even a second of screen time so he has no intention of giving them the time of the day anymore.

You can watch his official report down here in the video below. He is an incredible inventor, to say the least. Hopefully, we’ll get our hands on the technology eventually.