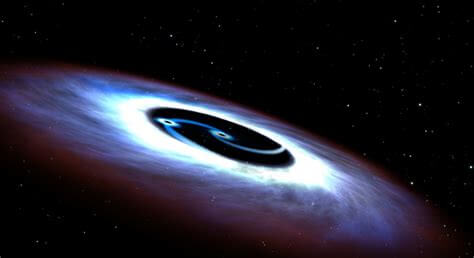 Oxygen, alongside hydrogen and helium, is one of the most abundant elements in the universe, and is essential to life on Earth. The search for oxygen outside of Earth’s atmosphere seems to be an expedition conquered only in movies. But after decades of searching to no avail, astronomers finally got a ping.

A team led by Junzhi Wang, an astronomer at the Shanghai Astronomical Observatory, reports the discovery of molecular oxygen in a galaxy called Markarian 231, located almost 581 million light years from the Milky Way. This is the first time that this element (molecular oxygen) has ever been detected outside of the Milky Way.

Oxygen is the third most abundant element in the universe, after hydrogen and helium, and is one of the key ingredients for life here on Earth. Molecular oxygen is the most common free form of the element and consists of two oxygen atoms with the designation O2. It is the version of the gas that we humans, among many other organisms, need to breathe in order to live.

Yet despite its importance to all things living, scientists have struggled to detect molecular oxygen outside of Earth.

How was oxygen detected in another galaxy?

Researchers were able to make this detection with ground-based radio observatories. “Deep observations” from the IRAM 30-meter telescope in Spain and the NOEMA interferometer in France revealed molecular oxygen emission “in an external galaxy for the first time,” Wang and his co-authors wrote.

Wang and his colleagues were able to detect the signature of molecular oxygen with ground telescopes in part because the light from Markarian 231 is redshifted, which means that it was stretched into longer wavelengths as it traveled across vast stretches of space to our planet. As a result, Earth’s atmosphere was not efficient at blocking the oxygen emissions as it would have been with a closer source.

Earth’s atmosphere absorbs a lot of wavelengths that are needed to detect oxygen, so it can be tricky for ground telescopes to pinpoint the element through the veil of gas that encircles the planet.

The image to the left gives a visual illustration of how these wavelengths look.

History of Molecular Oxygen Being Detected in the Milky Way

The only two detections of molecular oxygen within the Milky Way were found by space telescopes that didn’t have to deal with an obstructive atmosphere. Within the past 20 years, satellites have successfully detected molecular oxygen in the Rho Ophiuchi cloud and the Orion Nebula, which is 350 and 1,344 light years from Earth.

First discovered in 1969, Markarian 231 has remained a curiosity to scientists for decades because it contains the closest known quasar, a type of hyper-energetic object. Quasars are active galactic nuclei (AGN), meaning that they inhabit the core regions of special galaxies, and they are among the most radiant and powerful objects in the universe.

Markarian 231, the nearest quasar to Earth, is located 581 million light-years away. The quasar itself is the bright, star-like point. Its glow comes from material swirling around a pair of supermassive black holes at the galaxy’s center.

Though Markarian 231 contains the same form of oxygen that is respired by humans, you can’t inhale it. This is because the oxygen is not mixed with the right amounts of nitrogen, carbon dioxide, methane, and all the other molecules that make Earth’s air breathable to humans and other organisms.

After the discovery of molecular oxygen on Markarian 231, researchers and astronomers see a lot of promise in targeting other energetic systems that contain extragalactic molecular oxygen. A new study reports about 100 times more oxygen in the distant galaxy as the previous detections within the Milky Way, most of which appears to have been blown tens of thousands of light years into the galactic outskirts by Markarian 231’s quasar.

Researchers suggest that the next generation of radio observatories, such as the Next-Generation Very Large Array (ngVLA), could accelerate new detections of extragalactic oxygen.

What Does This Discovery Mean for the Human Race?

Life on another planet? Sustainability outside of Earth for future generations? Not quite. But what we do know is that this discovery created wonder for both scientific and extraterrestrial communities. To finally have proof that we may not be alone since there’s a viable element that can potentially promotes life outside of Earth’s atmosphere. Live Healthy Wild & Free and stay open to every possibility.