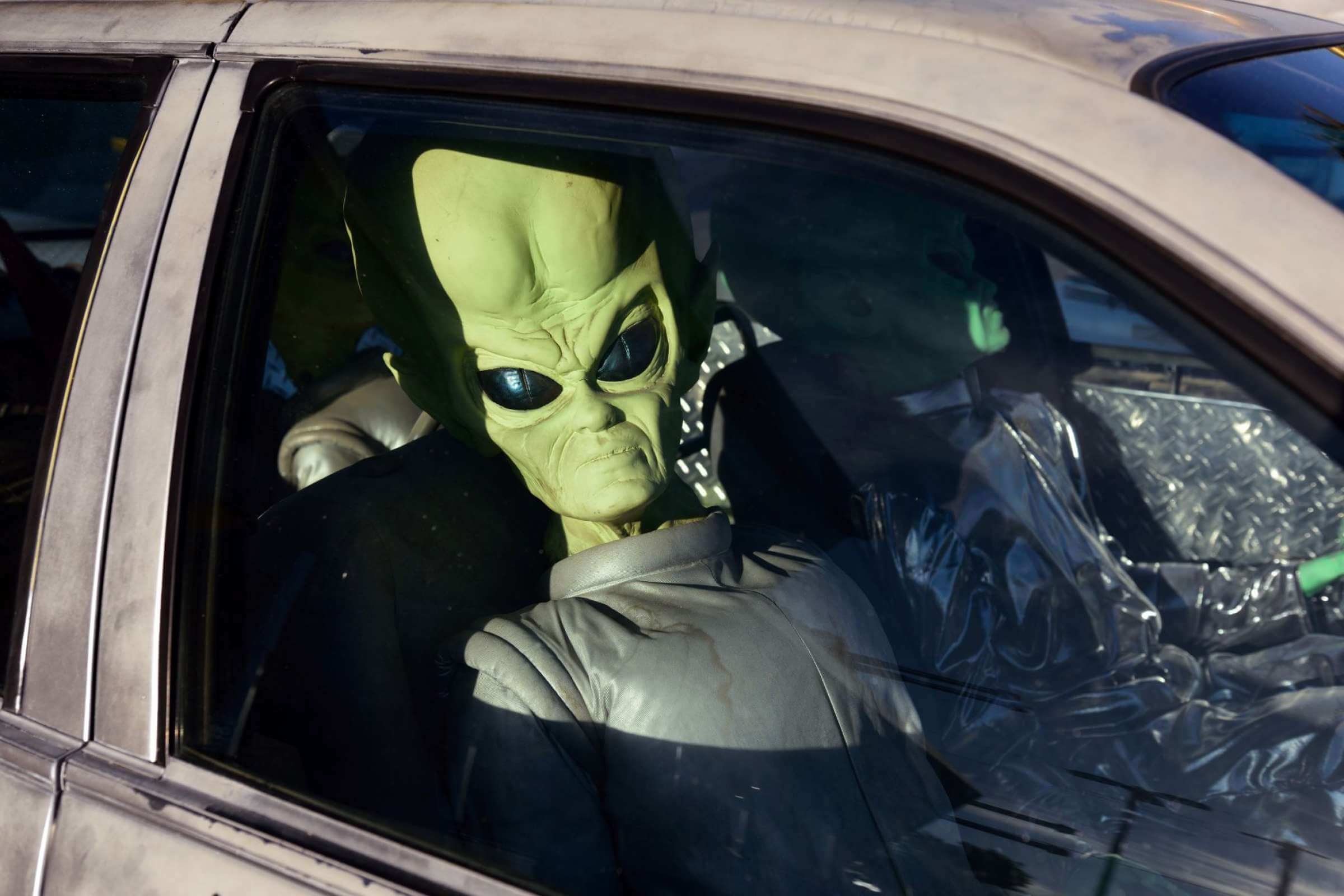 On Saturday, August 28, San Antonio’s only “UFO Fest” is flying into the Wonderland of the America’s Mall.

Whether you’re a true believer or simply looking for some inter-galactic fun, you won’t feel alienated at this event.

The one-day festival, born in 2019, is currently anticipating its second iteration after being canceled in 2020 due to COVID-19 concerns. In 2019, the Wonderland UFO Festival attracted nearly 1,000 guests.

Attendees and abductees of all stripes can look forward to a variety of vendors purveying alien-centric oddities. Local organizations like Blessed Vision Entertainment will be crafting tin-foil hats, while the Star Wars Society of San Antonio will be giving away spacey toys for the kids while supplies last.

Adhering to COVID-19 protocols, all vendors will be required to wear face masks.

Those guests looking to probe the mysteries of the universe a little further can look forward to two exciting headlining speakers.

Jane Kyle, otherwise known as “UFO Jane,” boasts a popular YouTube channel which documents thousands of unexplained sightings across Texas. She has been featured in a variety of outlets, has a degree from the University of Texas at Austin, and lives in New Braunfels with her family.

Nikita Kranda, who resides in Southwest Texas, is a prominent figure in the local UFO scene. With a background in horticulture, Kranda has gone on to pursue psychology and researching those who have had experienced sightings.

“I’m so excited people are excited, and also that I have two very strong women who are going to come and speak, with it being such a male-dominated field,” Victoria Hernandez, the director of marketing at Wonderland of the America’s, tells MySA.

With the festival still in its infancy, Hernandez and her right-hand UFO enthusiast, William Pullin, have been heavily involved in putting the occasion together. Pullin is the cofounder of the San Antonio Aerial Phenomena Research Organization.

Other highlights include an appearance by popular horror author Tim Miller, and John Speck with the South West Gem & Mineral Society, who will be passing out rocks and digging into information about minerals.

The all-ages event, running from 10 a.m to 6 p.m, is free and open to the public. Masks are not required but encouraged.