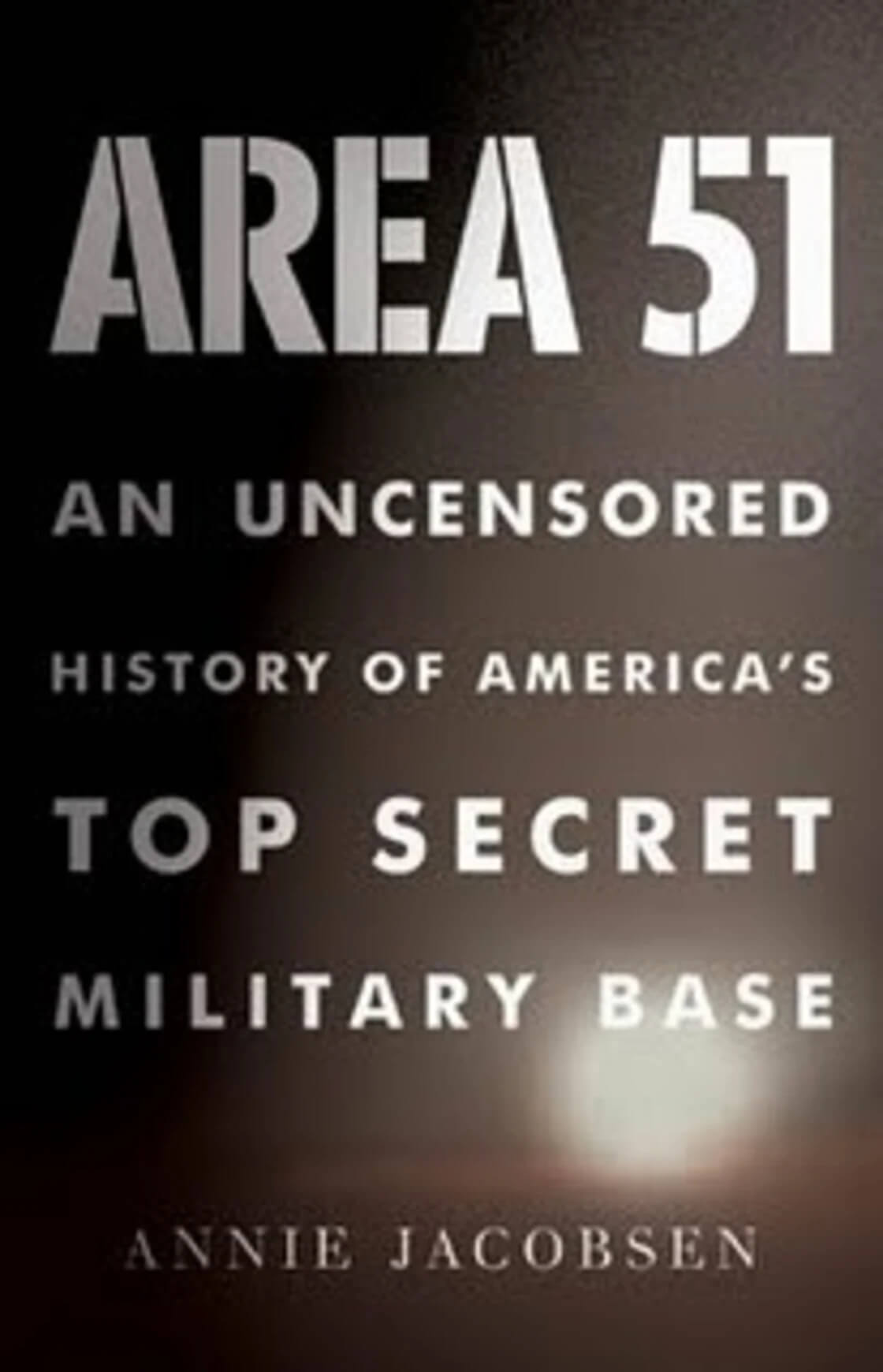 Investigative journalist Annie Jacobsen’s new book, “Area 51,” suggests that the Soviets stirred up the Roswell UFO incident in 1947 by sending flying disks into New Mexico with child-size aviators on board, as a warning that they could spark a UFO panic if they wanted to.

But will that explanation fly?

Jacobsen’s revelation is based on an account from just one unnamed source. This source said he was an engineer with the company EG&G at Area 51,  the hush-hush military research site in Nevada. He told Jacobsen that he studied the remnants of the Roswell crash in 1951, along with four other EG&G engineers.

There are no documents to confirm the account — because, Jacobsen says, this was one of the most tightly held secrets of the Cold War. Even though that confirmation is lacking, Jacobsen says she stands by her source’s amazing account. “He had nothing to gain and everything to lose by telling me,” she told me, “but it was a matter of conscience for him.”

Jacobsen’s source recounted what he says he saw, as well as what he was told and what he surmised based on that information. Here’s the scenario presented in “Area 51: An Uncensored History of America’s Top Secret Military Base,” based on the source’s account:

This latest explanation runs counter to the scenarios put forward by the federal government — first, that the Roswell wreckage came from a weather balloon, and then that it was debris from a crash-test dummy drop as well as a balloon-borne experiment to monitor nuclear blasts. It also runs counter to the long-held claims by UFO activists that the crash actually represented a covered-up visitation by extraterrestrials.

Drawing fire from both sides

As such, Jacobsen’s Roswell account is taking fire from UFO skeptics as well as those who give the alien scenario more credence. In a novel twist, Clifford Clift of the Mutual UFO Network told the Santa Fe New Mexican that the linkage to German aerospace technology was too tenuous to be believed.

“After researching the claim, I found little truth in this theory,” he said. “It is a stretch. One of my concerns is if they wanted to create panic, why in New Mexico and not in New York where there are more people to panic? I would suggest it is another conspiracy theory, and heavens, MUFON knows about conspiracy theories. They do sell books.”

Peter Davenport of the National UFO Reporting Center said he also was skeptical about Jacobsen’s account, although he stressed that he hasn’t yet read the entire book.

“People have been studying the Roswell case for decades now,” he told the New Mexican. “They’ve got deathbed testimony. They’ve got testimony from military officers who were involved, eyewitnesses. I think I’ll go with the latter, rather than this young lady who penned this new book.”

Investigator Kal Korff — who took aim at the alien claims in his 1997 book, “Roswell UFO Crash” — said he wasn’t buying the “Area 51” story either. “Of all the crazy ideas as to what is behind Roswell, this is one of the most extreme out there,” he told me in an email.

Beyond the substance of the story, there’s the issue of basing such a dramatic story on one person’s account. “I would never report anything related to UFOs based on only one unnamed source!” journalist Leslie Kean, the author of “UFOs: Generals, Pilots and Government Officials Go on the Record,” wrote in a Facebook update.

Jacobsen told me that getting the story out of even one of the five engineers who were involved in the Area 51 follow-up to the Roswell incident was a months-long job.

“What’s important to understand is that all of the top five EG&G engineers had top secret clearances and also Q clearances. … So you’re dealing with the most upper-echelon clearances you could possibly have within the federal government, in the Atomic Energy Commission. Your ‘need-to-know’ is so strict that you only know what you know. … To suggest that the five engineers could stand around and discuss, ‘Hey, what do you think is,’ is a bit naive,” she said. “It’s ‘take this craft apart and put it back together … take these bodies and move them over here.’ And that is about the extent of it.”