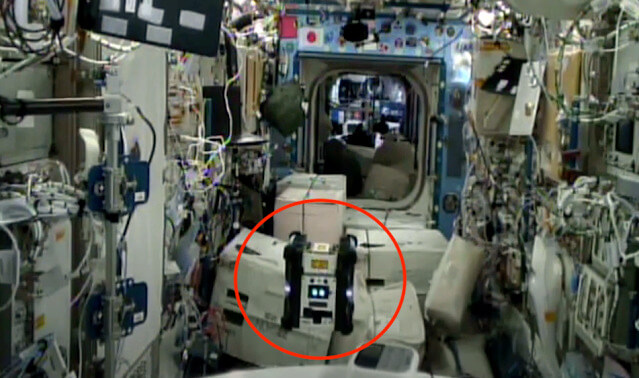 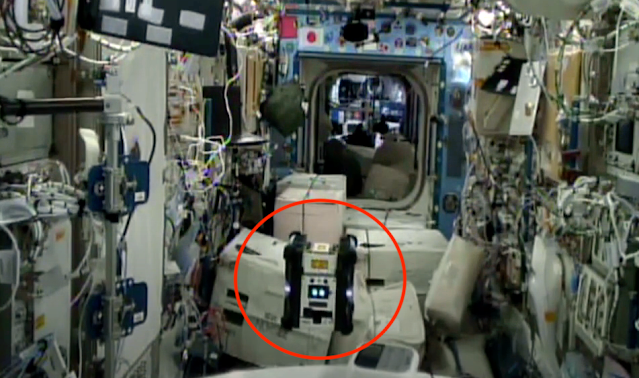 Date of sighting: Sept 9, 2021
Location of sighting: Inside the International Space Station
NASA source: https://video.ibm.com/recorded/130880346
I saw something today that I have never seen before while watching the live NASA space station cam…a robot drone moving about and its eyes are very human like. The robots eyes really make it less creepy and more fun, almost like Wally the robot. The eyes wander left and right, blinking every now and then. But whats really blowing me away is how smoothly the robot maneuvers around the station. It never bumped a single object in that narrow area. I heard an astronaut say the sidekick needed recharging and soon after a woman astronaut floated over and began pulling a cord from the floor and plugging it into the back of the robot. The robot continued to look around floating and then decided to rest on the floor area. Its not a UFO but it is 66.66% since it is flying and it is an object.  The robots are called Astrobee and three are on board the ISS right now…named Honey, Bumble and Queen. Each with their own unique color sides.

The main purpose of the Astrobee platform is to provide a zero-gravity testbed for guest scientists to try out new robotic technologies in space,” says Maria Bualat, Astrobee project manager at NASA’s Ames Research Center in California’s Silicon Valley, in a press statement. “Astrobee will prove out robotic capabilities that will enable and enhance human exploration. Performing such experiments in zero gravity will ultimately help develop new hardware and software for future space missions.”

Just something I thought was really cool to see on live cam. I can really see the future of robots in space being similar to these legless wonders.
Scott C. Waring – Taiwan