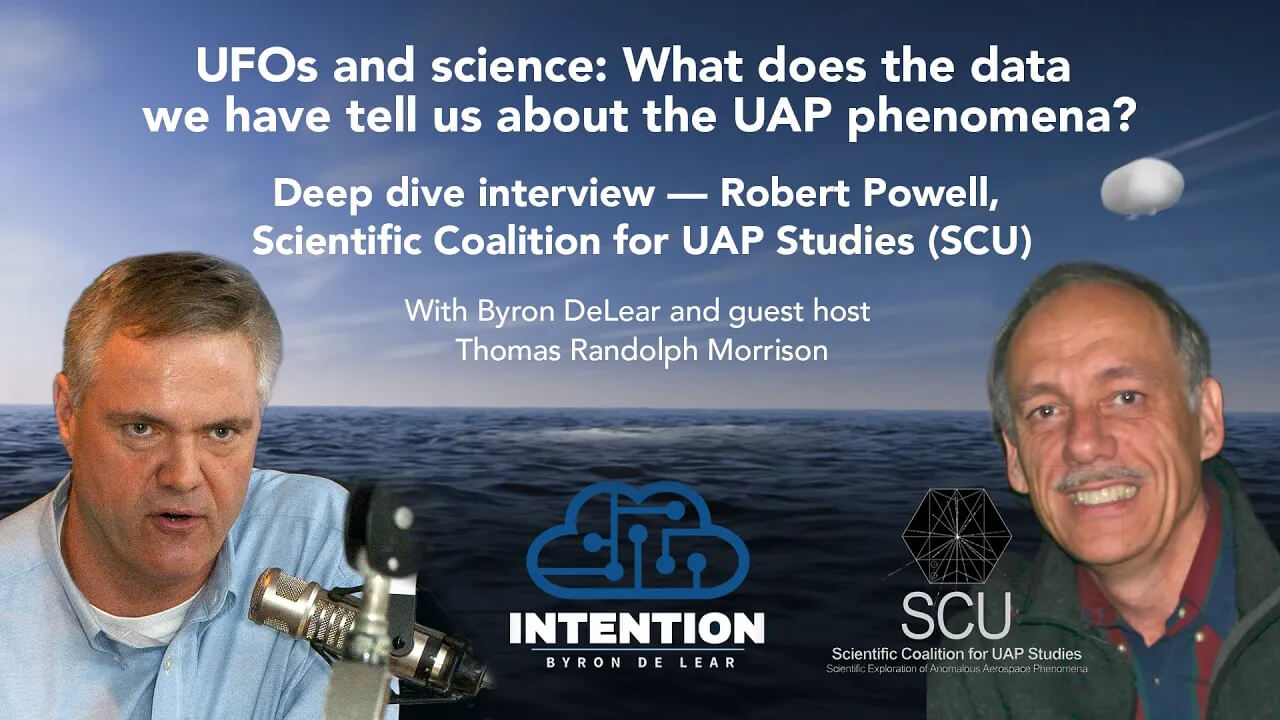 Byron DeLear
It’s a new era for the study of UAP. The UFO topic’s popularity, and legitimacy has been bolstered by recent comments from individuals in the highest echelons of power — and they’ve all been saying the same thing. President Obama, CIA Chiefs John Brennan, James Woolsey, Speaker of the House Newt Gingrich, Directors of National Intelligence James Clapper, John Ratcliffe — the similarity in their message appears to be the leading edge of an official change in policy on UFOs; that the objects, performing otherworldly feats of aerodynamics, moving at thousands of miles an hour, pulling hundreds if not thousands of G-forces, are real, not imagined. With the information that we know, what does this tell us about these vehicles, about this technology? Today, my guest host Thomas Morrison and I, speak with Robert Powell, a founder of SCU — the Scientific Coalition for UAP Studies. SCU is an association of scientists unpacking the data and have authored peer reviewed papers on UAP performance. Undoubtedly, there is another group of analysts, a shadow SCU- type group operating from within the Pentagon, and as more data and testimony become public, it is likely these efforts will begin to merge. This month, the U.S. Government will release an unclassified report on UAP… now that tens of thousands have turned into millions of people watching, what will it be like when we finally see the truth?
Please remember we all have different opinions, Think Before You Speak or Write Something that is cruel to Others. After all, We are only Humans. Wishing you clear skies and wide eyes. To share your experiences or just leave a comment there is a area below. Read or listen.