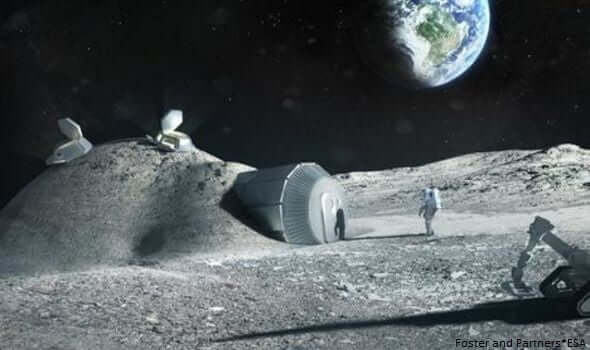 The Moon has always been an interesting subject to investigate for the enthusiasts of the other world. Recently, one of them said there are alien buildings on the lunar surface and he even claimed he owns evidence to prove it.

The famous Scottish YouTube user who goes by the name Streetcap1 alleges he spotted many weird objects in the photos of the Moon provided by NASA. Moreover, he is sure these objects are artificial rather than natural.

Streetcap1, however, is not the only person who thinks the Moon is hiding something significantly mysterious in beneath.

Many believe the Moon may have extraterrestrial inhabitants, alien buildings or that it even may be under a top-secret space research program. 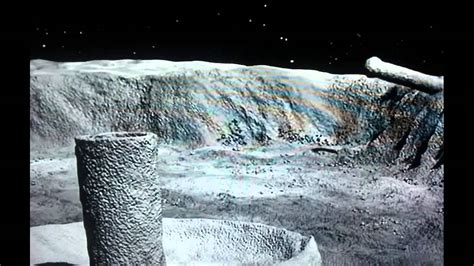 None of these videos, however, doesn’t discuss how come the ‘inhabitants’ live in low gravity, without food or water.

Of course, on the other side, there are the doubters who have another point of view. According to them, the images are simply too blurry to recognize their content. They also wonder why can’t we detect artificial lights if there are really alien buildings on the Moon.

Streetcap1 was asked many questions by the media outlets. For example, how is it possible for him to claim he detected a manufactured building on such a blurred picture of the Moon?

Moreover, if there are really alien buildings on the Moon’s surface, who could possibly manufacture them?

Last but not least, he was asked whether he thinks the Moon has its own residents and if these residents are humans or aliens.

He answered: “It’s slightly blurred because it’s taken from Space around 60 miles high. There have been no adjustments made and I think this looks like a building.

“I could be wrong but it shows right angles and evidence of intelligent design. I do think there are people on the moon or have been in the past.

“There was a revelation by NASA a few years ago of ‘widespread water on the Moon’.”

Streetcap1 mentioned his conversation with John Lear, a conspiracy theorist from the US who thinks the Moon has resided.

Lear formed a theory that the Moon even has a breathable atmosphere, unlike the mainstream opinion.

Streetcap1 said that Lear has told him that we either never been on the Moon or if we had, we would possess a base there by now.

“I have found loads of evidence of mining works with trails and machines digging on the lunar surface. I have not made videos of these though.

“So in answer to your question they are mining the moon for metals maybe. As for food/water, I think they would have that covered,” said Streetcap1.

Scott Brando, the famous leader of the debunking website ufoofinterest.org, said that the image is nothing more than a sunlit rocky earth.

Mr. Brando said: “I found the raw image, and needed a few minutes to search out that rock.

“If you zoom-in and scroll the image, you will see a lot of rocks like that reflecting sunlight.”

Here is the video by Streetcap1: