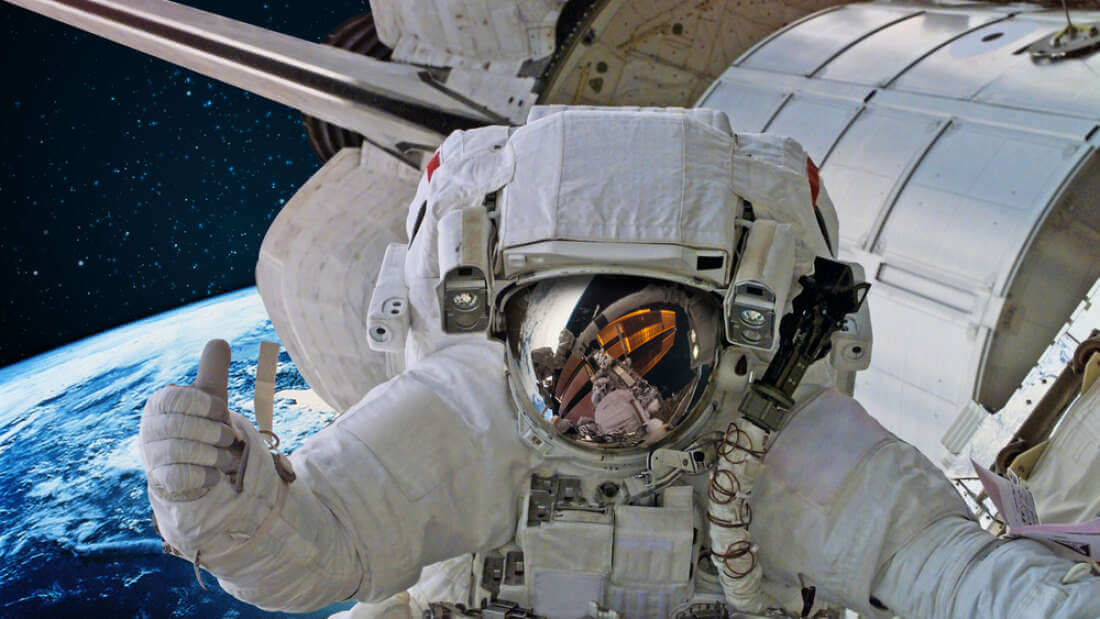 “Dancing With The Stars” is about to take on a whole new meaning with the latest reality television series idea. With a prize to top them all, a US-based production company says it has secured a winning seat on a 2023 mission to the International Space Station (ISS).

Space Hero Inc., (yes, really) is launching a global search for an ordinary person to win the ultimate prize: a 10-day trip to outer space.

“Do you have what it takes?” asks the website, with a tantalizing countdown clock currently on 206 days to…. what, more information, when applications open, we’re not sure yet.

It’s a bold and genius plan to get the eyes of the world watching. After a global search, selected contestants will go through vigorous challenges and extensive training to test their physical, mental, and emotional strength, according to Deadline, all essential qualities for astronauts spending time in space.

Then, in a live episode broadcast around the world, viewers can vote for the winning Space Hero, who will get a seat on a SpaceX Dragon and will spend 10 days aboard the ISS alongside actual astronauts, who will no doubt be thrilled reality TV stars are no longer Earthbound and are now showing up in space. (We kid, there’s a good chance they will welcome a breath of fresh air and relish the chance to show off their cosmic habitat, who knows.)

The brainchild of Thomas Reemer and Deborah Sass, founders of Space Hero Inc, and led by former News Corp Europe chief Marty Pompadur, the unscripted reality show already has producers lined up in the form of Ben Silverman and Howard Owens, former executive producers of The Office.

In the works since the late-2000s, the idea was initially shut down after NASA announced the retirement of the Space Shuttle program in 2009, which it did in 2011. With the rise, and recent success, of private space companies like SpaceX and Boeing providing a new and cheaper way to get to space, the time is now right for the idea to fly again.

“We see the world changing in front of our eyes. In times like these we yearn to look up to people for the right reasons, so it’s time to look amongst ourselves to find the heroes that will inspire a bright future,” Reemer told Deadline.

Space Hero Inc, the first space media company, is working with Axiom Space, which was chosen by NASA earlier this year to produce and manufacture the first habitable commercial module to be attached to the ISS for space guests to reside. Axiom is led by NASA’s former ISS program manager Mike Suffredini, and is reportedly in charge of all aspects of the private mission, from brokering the trip with SpaceX and NASA to insuring the whole thing.

Axiom has already lined up the first-ever private mission to the ISS; an Axiom-trained commander and three private astronauts will fly on SpaceX’s Crew Dragon in the latter half of 2021 to spend eights days on the ISS, if all goes to schedule.

We don’t know about you, but our curiosity is piqued, so check back here in 206 days and hopefully we’ll know more. For now, all we’re left to wonder is who will get to the ISS first, Space Hero or Tom Cruise?