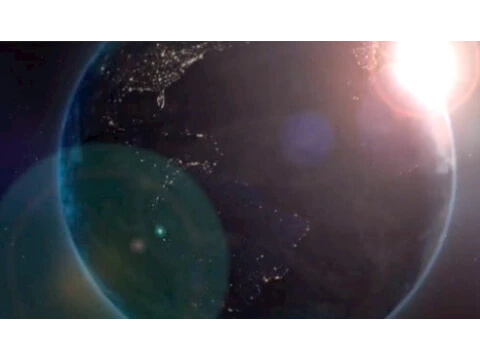 By analyzing the magnetic fields of lava, we can determine that the last magnetic pole reversal was about 780,000 years ago. While the fossil records do not show any dramatic changes in animal or plant life, more subtle change may have occurred.
Neanderthal extinction?
While the fossil records of animal and plant life do not show any significant changes, John Tarduno, professor of geophysics at the University of Rochester, proposed a direct link between the Neanderthals demise and a significant decrease of geomagnetic field intensity which occurred at the same exact period.
Additionally, according to Monika Korte, the scientific director of the Niemegk Geomagnetic Observatory at GFZ Potsdam in Germany:
“It’s not a sudden flip, but a slow process, during which the field strength becomes weak, very probably the field becomes more complex and might show more than two poles for a while, and then builds up in strength and (aligns) in the opposite direction.”
Ozone layer
One thing to be considered is what will happen to our protective magnetic field around this planet if the pole shift were to happen. Holes within the ozone layer would appear with a lessened magnetic protection. In this scenario, the Earth would be extremely vulnerable to coronal mass ejections, cosmic rays and solar flares, which would lead to solar radiation.

Our GPS capabilities would be eliminated until new coordinates were established. Virtually all commercial airlines would be shut down as well.
Migratory animals and birds would be disoriented as well as dolphins, whales and other mammalian sea life.
Most likely, a physical pole shift would NOT accompany a magnetic pole shift, as once again evidenced by the geologic records.

The Earth’s heartbeat is known as the Schumann Resonance, which has been recorded at approximately 7.83 cycles per second for presumably thousands of years. In recent years, the Schumann Resonance has been rising and was recently recorded as high as 8.90.
Speculation infers that the Earth may stop rotating once the Schumann Resonance reached 13 cycles per second.  At that point, the Earth would stop rotating for 3 days and then start spinning in the opposite direction, causing a magnetic reversal of the poles.
Under this premise, a magnetic pole reversal may affect the way the hemispheres in our brain interact.
Three possible scenarios exist in such a situation:
1. Nothing happens to our brains.
2. The hemispheres of our brains instantly interact with one another, opening up synapses to higher metaphysical abilities.
3. We all go crazy!
It is estimated to take between 1,000 to 10,000 years for a complete magnetic pole reversal to occur. Our current version has been ongoing since the early 1900’s.
While the ultimate completion may not occur for another 900 to 1990 years, its effects may already be seen.

As evidenced in the video, the full reversal could be decades away or “much closer”. The latest studies from the University of California, Berkeley state that it could take 100 years or less, adding that the current weakening magnetic field will precede the pole flip.
What we can readily observe are the facts:

If “as above, so below” can be interpreted as, “as within, so without” then we can surmise that major changes are happening both in the cosmos, on our planet and, ultimately, within ourselves.
Sending you all infinite Love & Light,
Gregg Prescott, M.S., In5D.com