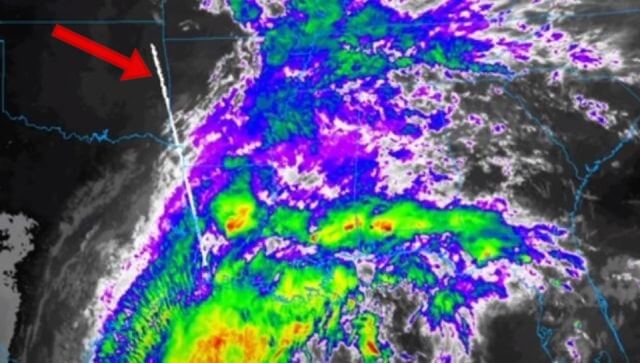 If its us beaming out to ourselves, testing some sort of laser.. creating a hot spot for some reason at ground level.. then we can move on and let them deal with moving to different frequencies to prevent civilians seeing it. 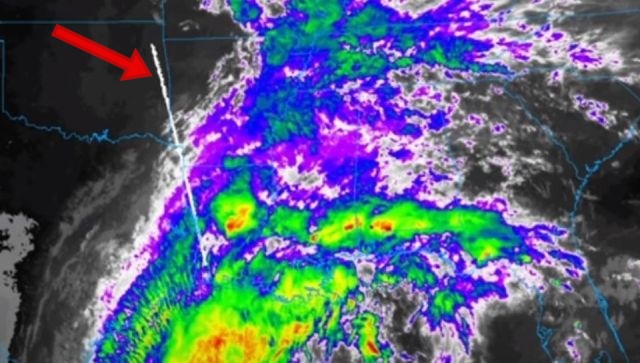 If its not us beaming down causing a hot spot on ourselves, then we’ve got problems.
October 9, 2020 350am Central time – This video from Dutschsinse documents (real time) a directed energy weapon beam which has been caught on Weather Satellite beaming down directly at Tyndall Air Force Base (space force communications base), along the coast of Florida, creating a hot spot at the location receiving the beam as well.
A beam of energy shooting down next to our Space Communications Wing base resulting in a physical hot spot being detected.
A second beam was captured beaming down to the SW Louisiana Lake Charles Nexrad Radar station.
It would appear both beams reside in the shortwave Infrared spectrum, and are targeting in on our United States radar systems along the coast of the Gulf. Targeting first at the Nexrad along the coast of Louisiana, then a 2nd beam down at Tyndall AFB (the beam location showing an actual hot spot on thermal return via GOES 16.