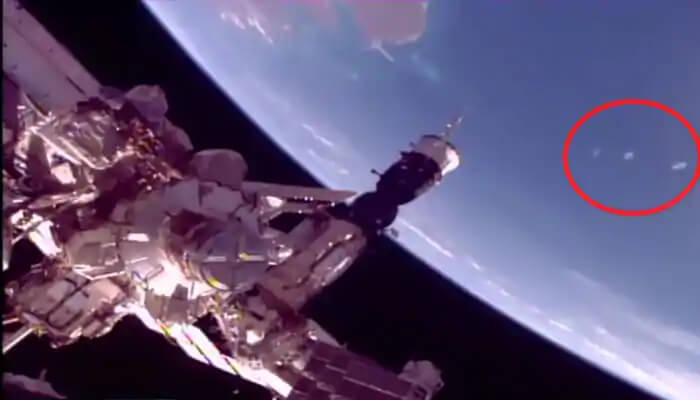 UFO and alien hunters claim they are portals or wormholes being used by aliens to monitor ‘Earthlings’, since the rings appear to be too high up to be considered clouds. 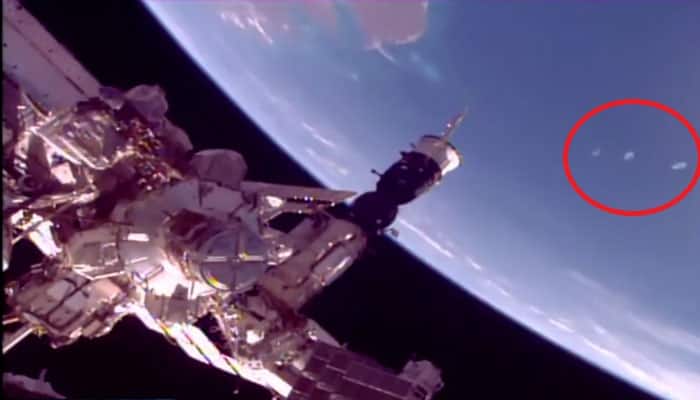 New Delhi: The search for alien life has been going on for years and those involved in alien hunting or UFO hunting have many a times, come close enough to provide evidence justifying it.

This time, a video has caused a stir among UFO hunters after a YouTube user by the name of ‘Third Phase of the Moon’ uploaded a video of what looks like three rings similar to smoke drifting below the ISS.

UFO and alien hunters claim they are portals or wormholes being used by aliens to monitor ‘Earthlings’, since the rings appear to be too high up to be considered clouds.

According to a report in the Express UK, conspiracy theorists Blake and Brett Cousins run the YouTube channel which uploaded the footage from the ISS, and Blake says: “We’ve got three strange anomalies drifting downwards just above the Earth’s atmosphere.

“Is this something extraterrestrial?”

Brett adds: “They look almost like smoke rings and they seem to be drifting.

“I’m not sure these are just anomalous clouds – there’s no other ones in the hemisphere.

“If you look at them closely you’re just not sure.

“Are they portals of some sort?”

The video has garnered more than 70,000 views and has left many space and UFO enthusiasts completely baffled.

This is not the first time that mysterious rings in the sky have attracted the attention of UFO hunters.

In April, onlookers in the Russian city of Novosibirsk spotted the odd phenomenon, while in 2016, one was spotted over Disneyland, California, the Express UK reported.

Check out the video below:

In November 2015, the ISS live camera cut off mid-stream after the footage from NASA’s live camera feed zoomed in on a mysterious glowing orb before suddenly cutting out without warning.

UFO hunters were confident that the ISS had intercepted a UFO, however, NASA was quick in denying the statement, citing a technical error.

There have been many previous instances and many after that as well, involving mysterious objects being spotted near ISS during spacewalks and live streams, the existence of which has had no explanation.