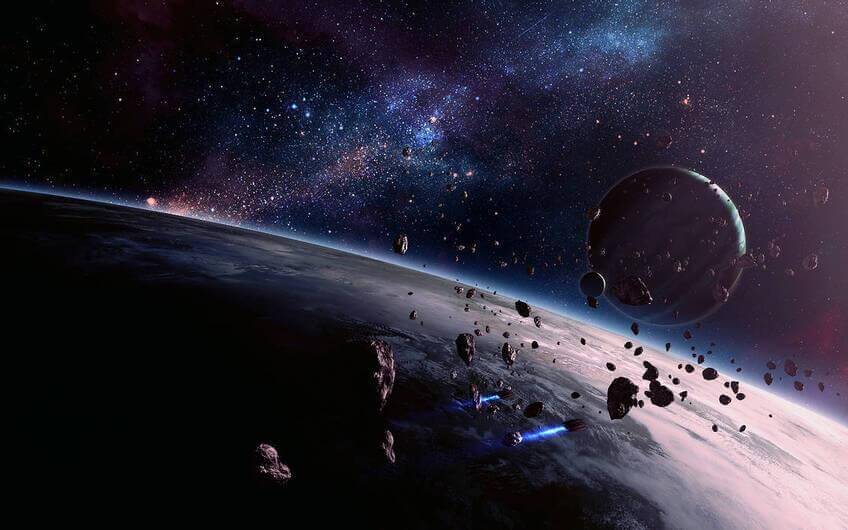 Clearing of the Chimera group continues. The Light forces have managed to clear all Chimera space fleet, except for a small number of TR-3B and other reverse-engineered craft, operable in suborbital space by the negative military under direct or indirect orders from the Chimera.
A certain number of Chimera underground bases, with most of them not very deeply underground, is still remaining and they are very difficult to clear, because they contain Chimera-controlled Pleiadian, Sirian, Arcturian and other star race hostages who are controlled and guarded by physical Chimera spiders. Those bases also still host a large amount of captured human children and adults. The main Chimera base under near Bukavu in Congo is still intact with both spider queen and king and a few other Chimera spiders inhabiting it.
Quantum anomaly around Earth is clearing nicely, but with enough remaining anomalous quantum fluctuations very close to the surface of the planet to still prevent physical manifestations of Ascended beings and their Lightships (external merkabas):
Quantum fluctuations directly related to human implants and bio chips are clearing better than expected. Spacetime distortion created by the implants and biochips is thus being reduced fast and drastically. This has resulted in a significant decrease of human emotional volatility in the last few weeks. Also, most of the akashic records have been cleared. This does not mean that the recordings of past events have been deleted, the Light forces are only removing all negative energetic and emotional charge of those past events, and it will be thus easier for people to release and forgive.
The total number of negative non-physical entities around the planet has fallen below the psychologically important threshold of one trillion and is still decreasing fast. This practically means that there are only still about one hundred non-physical demonic entities per each incarnated human being, trying to control him and push him to the dark side, which is far better grid ratio than in the past decades since 1996. When the grid ratio falls below 10 non-physical demons per one incarnated human, the brightest and most powerful surface humans are expected to start really waking up from quarantine Earth amnesia.
On the surface of the planet, our meditation for peace in Ukraine has been quite successful and the war has been averted this time:
People are fighting against medical tyranny and there are already large liberated areas such as Florida:
https://www.rt.com/usa/522807-florida-bans-vaccine-passports/
There is a lot of fear-based disinformation circulating on internet of vaccinated people shedding spike proteins and infecting everybody. Spike protein shedding is far less dangerous than many people fear, although it moderately increases the chance of getting prion disease:
https://www.rumormillnews.com/cgi-bin/forum.cgi?read=171633
Also, vaccines do NOT block your Ascension process, they only decrease your vibration frequency to a degree.
Current vaccines are only a Trojan horse for a potential future technology that the Cabal wants to develop, a biochip that would be inserted into the body and would be tied to a global online digital currency system after the Great Reset for all financial transactions, the so-called “Mark of the Beast”.
DARPA made one step further in this plan by connecting vaccines and biochips:

Needless to say, this “Mark of the Beast” plan will NOT be successful.
Here it is interesting to know that Anthony Fauci, one of the front men of the Great Reset, is connected with the Abys family which is a black nobility family from Switzerland:
https://americans4innovation.blogspot.com/2021/04/anthony-fauci-chief-globalist-snake-oil.html
Abys family was one of the “controllers of Daat”, occultly speaking.
The next phase of the plan of the Great Reset Cabal is to engineer a global cyber attack that would take down the internet, which they would then resurrect with a new online financial system under their control:
https://www.weforum.org/agenda/2020/06/covid-19-pandemic-teaches-us-about-cybersecurity-cyberattack-cyber-pandemic-risk-virus/
https://www.theorganicprepper.com/cyberattack-simulation/
All bitcoin, cryptocurrency and Tor fans need to know that Bill Gates has secretly installed a backdoor keystroke logger into all Windows operation systems so the Cabal knows everything about your bitcoin transactions:
https://humansarefree.com/2021/03/creepy-bill-gates-strikes-again-windows-10-secretly-listens-to-everything-you-say-and-records-all-your-keystrokes-with-hidden-keylogger-that-uploads-to-microsoft.html
Speaking of Bill Gates, the real reason why Melinda divorced him is because she is afraid of the guillotine:
https://www.armstrongeconomics.com/international-news/disease/malinda-gates-to-divorce-bill-hallelujah/
According to sources, the Nuremberg style trials that are approaching will include a public trial of many Cabal members for crimes against humanity which will result in somewhere between 500 and 5000 death sentences. Cabal criminals will be publicly executed mainly in the USA, China, Japan and a fourth country which must not be named. Those criminals will then be gathered on the etheric plane by the Light Forces, will undergo another trial by the Galactic Court at the Ganymede sorting facility and then be processed in the Galactic Central Sun.
Many lesser Cabal criminals will be arrested, then rapidly tried by military courts, then transported off planet by the Resistance and sorted through the Ganymede sorting center. Those among them unable or unwilling to correct their crimes will be taken to the Central Sun for restructuring and the rest will be taken to correctional facilities across the Galaxy where they will be able to “work out their karma’s”.
About 500,000 Cabal middlemen who were promoting the negative agenda such as corrupt city mayors, lawyers, politicians, bankers, hospital managers, doctors, journalists and even some who were posing as “light workers”, will be arrested at the time of the Event and will serve their term. It is interesting to know that a few past members of my team who betrayed the Light will be among those arrested.
After all this is done, the Light Forces will address so-called injustice nodes and many more people among the surface population who have seriously wronged others will serve their term with house arrest, community work or financial fines.
Here it is important to understand that many past injustices will be settled and healed through truth and reconciliation commissions, through mediation and through forgiveness.
Many people who were incarcerated across the planet for minor offenses such as marijuana possession or petty theft will be released from jail immediately after the Event.
All this will bring much needed closure, so a dark and unjust chapter of human history will close and a new, better one will open.
Next month, a process of partial Disclosure may begin through signs of life detected on Mars through Perseverance NASA rover and through Pentagon UFO files.
Some Disclosure hints are already here:
https://americanmilitarynews.com/2020/10/video-fmr-sen-harry-reid-repeats-claim-ufos-made-us-nukes-unlaunchable-wants-investigation/
https://justthenews.com/government/harry-reid-says-he-sought-ufo-materials-lockheed-martin-they-wouldnt-give-me-clearance
With less primary anomaly remaining, quarantine Earth is finally opening up, and suborbital flights will be available for the surface population starting from July 20th:
https://www.space.com/blue-origin-new-shepard-first-astronaut-flight-july-20
As we are getting closer to the Event, there is much activity behind the scenes in militaries across the planet that can not be reported, except for a few hints here:

https://www.rt.com/news/522646-france-poll-country-disintegrating/
https://realrawnews.com/2021/05/pentagon-coup-joint-chiefs-overthrown/
https://thecommonsenseshow.com/agenda-21-conspiracy-economics/several-world-leaders-including-putin-and-netanyahu-want-biden-gone-and-trump-appears-be-part-plot
You might want to read this sci-fi novel which includes both the pandemic and the Event, and can bring an interesting perspective:
https://www.amazon.com/Breaking-Dawn-Paul-Rosenberg/dp/0979987768/
You might practice using the violet flame to purify the energies in those challenging times:
https://www.summitlighthouse.org/violet-flame-9-steps-howto/
Or plant more cintamani stones in locations worldwide to support the positive energy grid.
A Japanese team has taken this photo of a beautiful Galactic Confederation cloud ship after a successful cintamani mission in Aomori, Japan:
Victory of the Light!
Please remember we all have different opinions, Think Before You Speak or Write Something that is cruel to Others. After all, We are only Humans. Wishing you clear skies and wide eyes. To share your experiences or just leave a comment there is a area below. Read or listen.