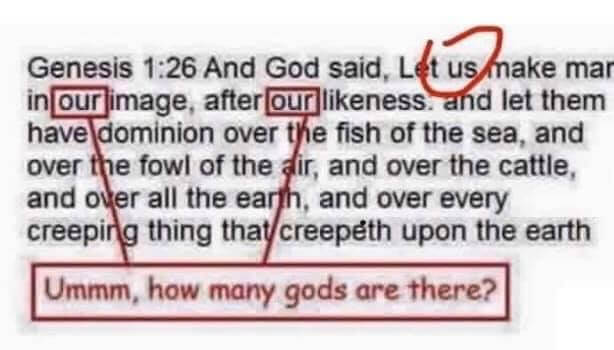 Pentagon Insider Claims: ‘The Anunnaki Will Come Back To Earth’

The Anunnaki
Well, to begin with. The Anunnaki were documented as being an ancient group of individuals who over the years due to their wisdom and unusual acts were classified gods by many. But some also believe due to their knowledge and acts that they were aliens from another planet that came to the earth. But is that as far as it goes, in other words. Could the Annunaki also have created mankind? This may seem like a question some don’t want to contemplate, especially those who are highly religious. We believe in the Bible and a higher force known as God. However, think for a minute which is God, where did he come from and why would he create mankind. As for the bible could the earlier passages be written by the Annunaki, as a way of documenting all they did. Think of this for a moment isn’t there a passage in the book Genesis a part of the old testament that clearly states:

”And God said, Let us make man in our image, after our likeness…”
Wait a minute why is this known passage plural and not singular if God were just one entity wouldn’t it read something like make God in my image or something to that effect. So, what if God as we know him was a group of beings that created us and perhaps did so for their research purposes as oppose to just one being doing so. Just a thought, if this is true, the Annunaki did create mankind and were an advanced alien race apparently somewhere down the line they left the earth, but now some including Stan Deyo believe they are returning and do have proof to this effect that it could be happening.


As Stan Dayo stated in an interview that is online that there are signs of the return of the Anunnaki. First, two comets associated with the Annunaki who have also been known as the Sumerian Gods, ISON and Encke have been seen by astronomers as hoovering the earth. These comets are named after two of the Sumerian Gods, and some believe a sign of the return. Then how many of us remember back in November of 2013 the strange phenomena seen in the sky. This odd looking light wasn’t seen by just one region but all over the globe and was caught on film by many, it even made the evening news because it was so odd to see. Now comes the big question if the Annunaki are coming back why now? Well, it would depend on what position that is taken on this subject, some may think its to take over the earth, although some think that the Annunaki have always controlled the earth in some way. Maybe it has to do with the fact that mankind has become more aware of what is going on in the universe and Annunaki now know they can no longer stay hidden. No one knows the reason not even those who believe that these are signs the Annunaki are coming.

Fear or New Hope
So, if the Annunaki are coming is this cause for alarm? Well, let’s remember whatever the reason if the Annunaki did create mankind they are technically the ones responsible for our lives. So, maybe there is nothing to fear. But in times where the world seems to be totally on edge we as people need to find our hope. Let’s remember how we respond to the Annunaki possibly returning or even how we treat one another is entirely up to us. It’s time for us to realize that we are the ones in control of our lives, not any government sanction or even the Annunaki.

I see it as New Hope, Love to All ,Thanks , Nancy Thames