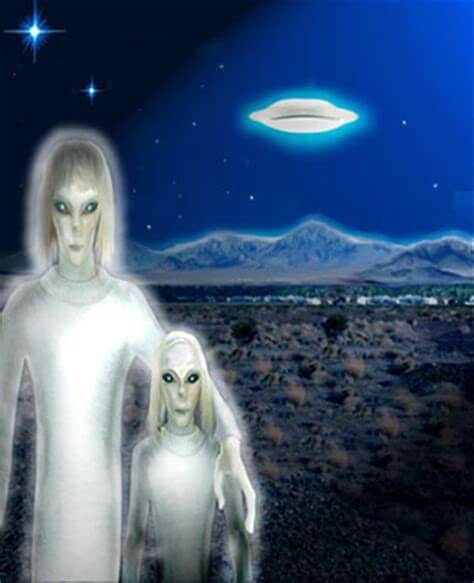 Nordic aliens are humanoid extra-terrestrials purported to come from the Pleiades who resemble Nordic-Scandinavians.

UFOlogist George Adamski is credited with being among the first to claim contact with Nordic aliens in the mid-1950s, and scholars note that the mythology of extra-terrestrial visitation from beings with features described as Aryan often include claims of telepathy, benevolence, and physical beauty.

George Adamski (17 April 1891 – 23 April 1965) was a Polish American citizen who became widely known in ufology circles, and to some degree in popular culture, after he claimed to have photographed spaceships from other planets, met with friendly alien Space Brothers, and to have taken flights with them to the Moon and other planets.

Another famous contactee is Billy Meier. Eduard Albert Meier (born February 3, 1937) is a Swiss citizen who is the source of many photographs of alleged unidentified flying objects (UFOs), which he presents in support of his claim that he is in contact with extra-terrestrial beings. He also presented other material during the 1970s such as metal samples, sound recordings and film footage. Meier reports regular contacts with extra-terrestrials he calls the Plejaren

Meier has been widely characterized as a fraud by skeptics and ufologists, who suggest that he used models to hoax photos claimed to show alien spacecraft. Never the less. A great many people believe Meiers accounts.

Other talk of the Pleiadeans refers to the aliens as existing only in the 5th dimension, not in actual physical form, there are no abductions or anything malevolent about the Pleiadeans. There message being that of concern for the Earth and humanity

The Pleiadeans may be getting some of their messages out through channeling. Channeled writings that have been published cover subjects such as spiritual development, extra-terrestrial involvement with Earth, the history of life in the galaxy, and other subjects. Whether any individual accepts the validity of such communication is a personal matter, but it’s clear that a common theme of extra-terrestrial contact is telepathy in some form, so it may be reasonable that this method of communication is being used. It seems the Pleiadeans chose to communicate only with a select few people.