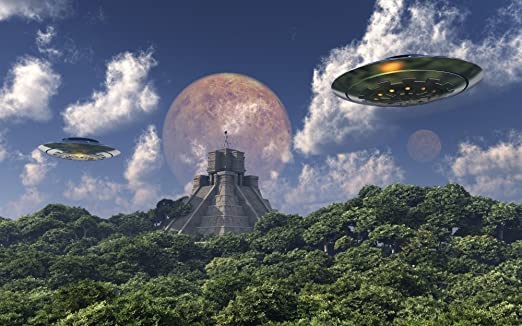 Nibiru in the Bible is mentioned several times, and given many different names. One of these names was Olam, and the other the New Jerusalem.

After the discovery of the Planet Pluto in 1930CE, astronomers soon noted that earlier theories regarding the hypothetical influences of such a planet on the orbits of Planets Uranus and Neptune were not validated by the existence of only Pluto. So eventually in the 1970s after computers were becoming commonplace, a computer-generated model of this “Planet X,” as it was called, was created. It was determined that Planet X would have to be at least five times bigger than the Planet Earth. They also calculated the length and shape of its orbit around the Sun as well as the number of years necessary to complete such an orbit.

In 1983 with NASA’s cooperation a group of astronomers began a comprehensive survey of the sky with the Infrared Astronomical Satellite (IRAS). In the fall of that year the IRAS discovered several moving objects in the vicinity of this solar system, including 5 previously unknown comets, a few “lost” comets, 4 new asteroids and “an enigmatic comet-like object.” Headlines read “Giant Object Mystifies Astronomers” and “Mystery Body Found in Space.” In The Washington Post was the headline and story “At Solar System’s Edge Giant Object is a Mystery — A heavenly body possibly as large as the giant planet Jupiter and possibly so close to Earth that it would be part of this solar system has been found in the direction of the Constellation Orion by an orbiting telescope called the IRAS. So mysterious is the object that astronomers do not know if it is a planet, a giant comet, a ‘protostar’ that never got hot enough to become a star, a distant galaxy so young that it is still in the process of forming its first stars, or a galaxy so shrouded in dust that none of the light cast by its stars ever gets through. ‘All I can tell you is that we con’t know what it is,’ said Gerry Neugebauer, chief IRAS scientist.”

The United States Government squashed the story immediately! For some arcane top-secret reason the government doesn’t want to alarm or panic the general public by disclosure of this discovery or Nibiru in the bible . Why? Because a race of super-beings inhabits that planet, and common knowledge of this fact would have people screaming in the streets. Listen to this story. . . .

Long, long ago, approximately 500,000 years back into the past, our Planet Earth/Tiamat was a quite different place than it is today. To clarify a point, this planet’s original name is Tiamat. The nickname “Earth,” from the Greek “Gaia,” is only a recent innovation. Here in these WebPages, this planet will always be referred to as Planet Tiamat.

A half a million years ago, Tiamat was not located in Space where it is today. It orbited farther out from the Sun, in between the orbits of Mars and Jupiter. Mars was orbiting at a distance much closer to the Sun than now and was quite habitable, with a temperate climate and liquid water. This fact has been verified numerous times by NASA and other scientific groups. What those groups do not acknowledge is the fact that Mars had a different orbital pattern than today, and Nibiru in the Bible can be found if you know the right references to the planet.

Then, too, Tiamat’s system was closer to the Star Sirius (or Sothis, as the ancient Egyptians called it). This solar system and the Sirian planetary system are part of a unit. The two systems are gravitationally connected to one another, a new fact that is now beginning to gain widespread consensus from the scientific community. Our “Sirian Regional System” as a unit revolves around the Central Sun Alcyone in the Pleiades Cluster, which might be termed “the Pleiades Quadrant.” This greater sector revolves around the Galactic Center, in the direction of the Stars of Sagittarius, once every 200,000,000 years or so. What is so significant about our present-day epoch is that certain great cycles relating to orbital alignments within the Pleiades Quadrant and between this Quadrant and the Galactic Center are starting to repeat themselves, and there’s nothing that we can do about it. It’s happening, folks!

But returning to the history of Nibiru in the Bible and Tiamat, our planet had a much colder environment than today. The humanoid population, which our paleontologists and the like, call “Neanderthals,” were hardier and hairier than we are. They lived in caves to take advantage of the natural internal warmth of Tiamat. These early Tiamatians were directly descended from ancestors in the Pleiades, a fact that can be amply verified by the history and mythology of the Mayans and the Polynesians, to name a couple. However, the Pleiadian origins of Tiamat in the first place will not be discussed in this brief history. That is for another time and space.

This solar system was internally stable 500,000 years ago. But an unanticipated, strange event occurred. One of the larger planets from the Sirian System strayed off course and drifted our way. This planet was unwittingly captured by our Sun and thrown into an extremely elongated comet-like orbit, lasting 3,600 of our current years, with its aphelion at the Oort Cloud, the very boundary of the Sun’s gravitational field. It is approximately the size of our Planet Neptune. It is populated with a reptilian super-race governed by an elite aristocracy known as “the Nefilim.” The general population is known as “Anunnaki” or “Anakim.” At the time of this event, the Planet Nibiru was being ruled by Emperor Alalu and Empress Lilitu.

After its capture by our Sun, the Planet Nibiru slowly began to suffer atmospheric deterioration. The Council of Twelve headed by Emperor Alalu met in emergency session and concluded that in order for their planet to survive, a heat-shield of gold dust would have to be constructed to protect their atmosphere and prevent a cooling off of the planet, which would have been disastrous for a reptilian-based existence constantly dependent upon external heat sources for bodily warmth. They began an immediate exploration of their new solar system. A fleet of spacecraft was dispatched to Tiamat and other planets in an attempt to search for gold…..