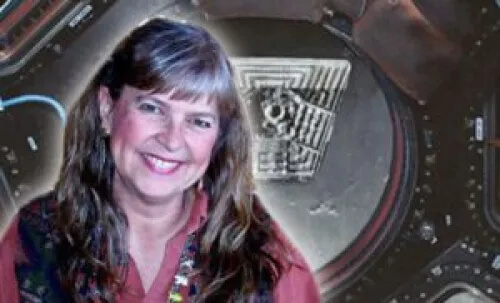 A former member of U.S. Air Force radar tracking operator, Niara Isley stated that she was forced into slavery on a secret moon base camp. She recalls being abducted multiple times for traumatic experiments.

The Mysterious Case Of Niara Isley: Secret Base Camps On Moon

An unexpected event that took place in 1980, turned Niara Terela Isley’s life upside down. Niara was traveling along with her colleagues for a mission at the Tonopah Test Range. During their flight, suddenly the aircraft in which Niara was traveling encountered a glowing UFO that maintained course alongside them. The team was instructed by the Ground control to get a radar lock and intercept the flying saucer.

As the aircraft landed, all the members who boarded the craft were taken into custody by one of the Air Force’s covert branches. In her book, “Facing the Shadow, Embracing the Light“, Niara has described her unpleasant and prolonged experience.

The former member of the U.S Airforce had been abducted 8-10 times over a course of several months. After the abduction, Niara Isley was taken to a secret base camp located on the dark side of the Moon.
According to Niara, the base was owned by strange reptilian beings, however, the operators were human personnel. She contended that many other humans were kept at the base against their will, just like Niara.

“I was very poorly fed and worked hard during the day cycle, operating some kind of electronic equipment for excavation at times, and doing physical manual labor at others, such as lifting and stacking boxes. Worst of all, I was used for sex during what passed for night there, from man to man.”

She was looked down upon as an object of experiments and was inhumanely treated. She stated that the medical experiments were performed by Grays, meaning that the root of the conspiracy steeps deeper than we imagine.

The process of abduction and experimentation went on for months, before being eventually released. However, she is convinced that she wasn’t set free without first being subjected to a memory wipe.

In fact, she says that an acute absence of memories from that period tipped her off she might have been the victim of an abduction.
For a period of three months in 1980, Isley had no memories although at the time she was working for the U.S. Air Force.

“I was scared. I knew I had to get back to my daughter so I was pretty compliant. I just didn’t want to do anything that would get me killed.”

Discouraged and hurt by the time she has lost, Niara Isley underwent hypnosis and recovered her suppressed memories. It seems that the attempt at wiping the memory was unsuccessful.
Along with Niara Terela Isley, there are many other abductees who are convinced that most — if not all — abductions are actually performed or supported by military forces worldwide.

One of the popular conspiracy theories calls these operations MILABs (Military Abductions) and hypothesizes that such abductions and traumatic experimentation’s are way more common than we think. Niara Isley and her peers suggest hypnosis therapy to anyone who’s experienced long periods of missing time.

Though Niara Isley brought little evidence to support her testimony (besides her testimony), she did bring up several interesting points. The presence of a joint Reptilian-Gray-human secret base on our satellite is scary and the abduction phenomenon is alarming, to say the least. These base camps being run by humans is horrifying.

The perspective of unwillingly carrying memories of being forced into slavery and routinely experimented on is something else — the seed of paranoia. Well, if what Niara Isley says is true, then we are all living in a web of lies that is spun by our own people.

What do you guys think? Leave us your comments below.