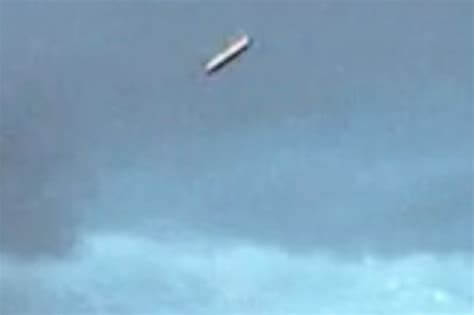 Fires in California have already claimed 86 fatalities and more bodies continue to appear, in what has become the most catastrophic in the history of the state. The good news is that firefighters have 85 percent controlled fire, which has destroyed more than 62,000 hectares. The fire was declared on November 8 and in a few hours completely destroyed the population of Paradise, of 26 thousand inhabitants. The flames have destroyed some 13,500 homes and it is still a threat. And because the cause of the fires has not yet been determined, some believe that the real source was direct-energy laser weapons fired from drones or satellites.(cigar-shaped UFO)

As we published, social networks were filled with laser images and videos that fell directly from the sky. It was then that the conspiracy theorists claimed that directed energy weapons (DEW) were being used to start the fires. Although there were also those who pointed out that this catastrophe would be a small attack before starting an extraterrestrial invasion. And maybe they are right since the cameras of an American television network recorded an unidentified flying object while following one of the fires in California.(cigar-shaped UFO)

UFOs in the California fire(cigar-shaped UFO)

People who followed the broadcast of wildfires in California through the US television network Sky 5, saw a strange unidentified flying object moving in the sky, while the planes helped in the extinction of the fires in Westlake Village, few kilometers from Los Angeles. At the bottom in the upper left corner, you can see how an object ‘in the form of a cigar’ appears behind the curtain of smoke created by the fires, as if it were hiding.

“It’s the long object in the distance that interests, not the plane in the foreground,” reads the description of the video shared by the YouTube channel ‘Skywatch International’. “Some say it’s an airplane or advertising banner. No details of the exact location, but if it is a ship, it is moving quickly. This video was sent to me very early this morning, and he recorded this object in the devastating California fire on his TV. Unfortunately, I do not have details of who sent it to me. “

As you can see in the video, the object in the form of a cigar slowly moves away from the devastation of the fire, while the news presenter comments on the progress of the fire. Shortly after several media echoed the images, many users on social networks said that it was clearly a UFO, very possibly of extraterrestrial origin, since it was traveling at a speed that did not correspond to any plane.(cigar-shaped UFO)

However, some pointed out that the strange object was not in the sky, but in the water, because Oroville Lake was in the background. In fact, the ellipsoidal shape of the object could be explained by the trail that the boats leave in the water. Other theories suggested that the cigar-shaped UFO was simply a flaw in the lens of the camera, which could explain the strange movements of the object.

It is even possible that it was an airship, since, as some residents have explained, they are usually seen in Westlake Village. But this theory was discarded quickly because the authorities did not allow the flight of other airships that were not the one of extinguishing fires.(cigar-shaped UFO)

No doubt the fires of California are given to talk about. And not because of the large number of deaths and devastation that they have left, but rather because of the real cause. As we have said before, the cause of the fire has not yet been determined, but Californian authorities believe that it was caused by a combination of dry weather and human activity or even by chance. However, conspiracy theorists do not believe in coincidences and neither accept that it is climate change or provoked. So there is only the possibility that it is directed energy weapons, extraterrestrial, or both.

Could California wildfires have been initiated by laser weapons fired from space by an extraterrestrial civilization?