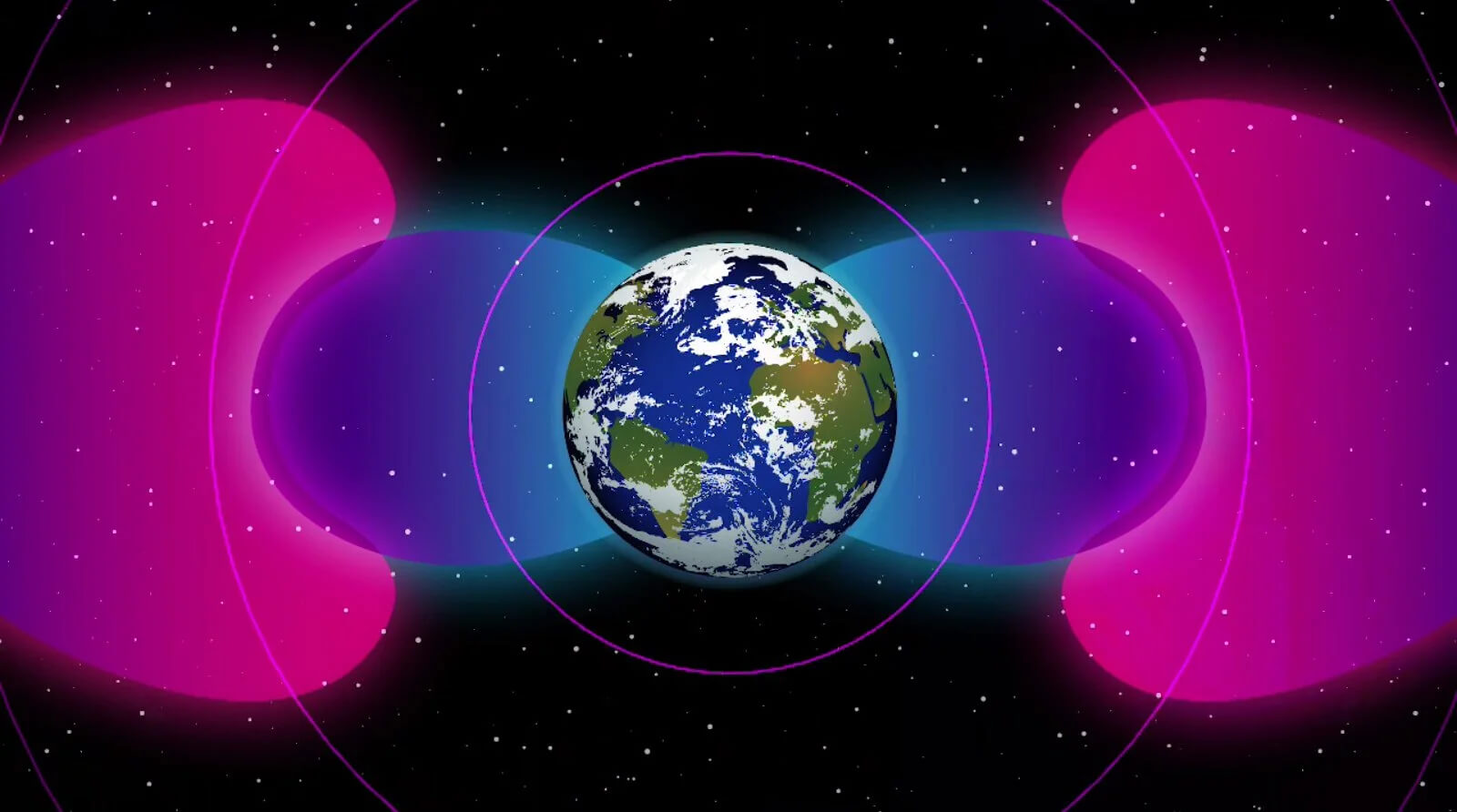 In a briefing held Feb. 28 at the Johns Hopkins University’s Applied Physics Laboratory, scientists detail the finding by NASA’s Van Allen Probes of a previously-undetected third radiation belt around Earth.

Humans have long been shaping Earth’s landscape, but now scientists know we can shape our near-space environment as well. A certain type of communications — very low frequency, or VLF, radio communications — have been found to interact with particles in space, affecting how and where they move. At times, these interactions can create a barrier around Earth against natural high energy particle radiation in space. These results, part of a comprehensive paper on human-induced space weather, were recently published in Space Science Reviews.

“A number of experiments and observations have figured out that, under the right conditions, radio communications signals in the VLF frequency range can in fact affect the properties of the high-energy radiation environment around the Earth,” said Phil Erickson, assistant director at the MIT Haystack Observatory, Westford, Massachusetts.

VLF signals are transmitted from ground stations at huge powers to communicate with submarines deep in the ocean. While these waves are intended for communications below the surface, they also extend out beyond our atmosphere, shrouding Earth in a VLF bubble. This bubble is even seen by spacecraft high above Earth’s surface, such as NASA’s Van Allen Probes, which study electrons and ions in the near-Earth environment.

The probes have noticed an interesting coincidence — the outward extent of the VLF bubble corresponds almost exactly to the inner edge of the Van Allen radiation belts, a layer of charged particles held in place by Earth’s magnetic fields. Dan Baker, director of the University of Colorado’s Laboratory for Atmospheric and Space Physics in Boulder, coined this lower limit the “impenetrable barrier” and speculates that if there were no human VLF transmissions, the boundary would likely stretch closer to Earth. Indeed, comparisons of the modern extent of the radiation belts from Van Allen Probe data show the inner boundary to be much farther away than its recorded position in satellite data from the 1960s, when VLF transmissions were more limited.

With further study, VLF transmissions may serve as a way to remove excess radiation from the near-Earth environment. Plans are already underway to test VLF transmissions in the upper atmosphere to see if they could remove excess charged particles — which can appear during periods of intense space weather, such as when the sun erupts with giant clouds of particles and energy.