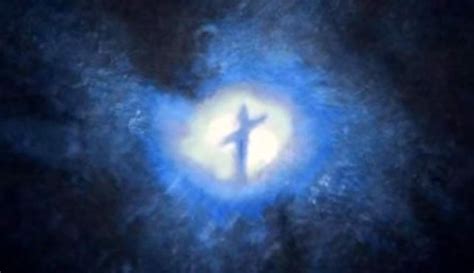 In case you didn’t know already, a very strange discovery was made by NASA themselves as they were trying out their new telescopes.

They tried to get a picture of the center of our galaxy, but after the picture was officially released it was discovered that at the center of the galaxy lies a huge cross-shaped structure of some sort. The telescope is known as the Hubble Space Telescope and this picture was taken by the Wide Field Planetary Camera.

The cross is placed somewhere around the center of the Whirlwind galaxy which is known by experts as M51A.

NASA debunked the theory that a deity lies there slumbering about, stating that the cross is a result of a black hole sucking up all of the dust particles it can get its grubby hands on. It is also believed to have a mass of 1 million stars as big as our own Sun.