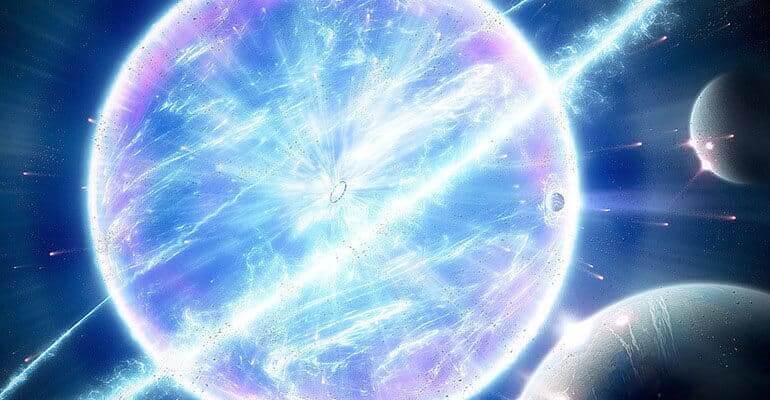 The search for intelligent extraterrestrial life forms is blooming after scientists recorded unusual signals coming from the vicinity of KIC 8462852, a star only 1,500 light-years away from Earth.

Astronomers are now focusing on this particular star, hunting for more signals with the help of the Alien Telescope Array (ATA). The radio telescope array is located 290 miles (470 km) northeast of San Francisco, California, and is dedicated to astronomical observations as well as simultaneous Search for Extraterrestrial Intelligence (SETI).

Even though scientists won’t directly admit the hypothesis of an advanced alien race that constructed a huge device used for capturing solar energy, also known as a Dyson sphere, they won’t dismiss this probability either.

In an interview for Space.com, Seth Shostak, a senior astronomer at the SETI, declared that:

It almost doesn’t matter where you point your telescope, because there are planets everywhere. If there’s somebody out there, there are going to be so many of them out there I do think there’s a chance. In order to dissipate the extreme attention given to KIC 8462852, Shostak pointed out that the Milky Way galaxy might include other potentially habitable planets, besides our intriguing star of the moment, and that SETI will analyze those planets after they manage to solve this bizarre anomaly on KIC 8462852.

Before jumping to any unfounded conclusions, even though an increased interest in this particular star can be noticed these days, he gave an example of pulsar signals discovered by astronomers in 1960, also interpreted as possible alien transmissions.

The above event offers no more secrets in present days, as astronomers describe the pulsars as fast-spinning, super dense stellar corpses that emit beams of high-energy radiation. These beams are now picked up by instruments on and around Earth, and are depicted as regular pulses because they can only be recorded when they are fired towards the planet.

Considering this history lesson, Shostak is trying to lower the heat in the KIC 8462852 case, comparing an extinguished alien-like event from 1960, that proved to have a scientific explanation, far less dramatic than the expected alien overview people had back then. But can we actually talk about a 55-year-old case involving 55-year-old beliefs in comparison to our new dimming star? Isn’t this gap a bit too big considering the vast technological advancement we experience today, as well as this decade’s free access to all the valuable information?

While thinking through all of the available hypotheses, we cannot clearly state that a Dyson sphere was found 1,500 light-years away from here, but the chances for such a thing have slightly increased since 1960.

The best case scenario so far, speaks about a swarm of comets awakened by a passing star, and sent lurching toward KIC 8462852, eventually causing the inexplicable dip in the stars energy field.

However, astronomers say it’s also possible that the bizarre signal Kepler observed was caused by colossal structures built by an alien civilization, working similar to an array of orbiting solar panels.

With chances being quite small, as astronomers claim, they still rushed to point the ATA at KIC 8462852.

We are looking at it with the Alien Telescope Array. No problem with that, I think we ought to, for sure. – Seth Shostak Other relevant news consider the probability of advanced alien signals emitting from the star which are unable to pick up using current technology. Also, there is a slightly chance of a former extraterrestrial civilization that has long gone extinct, leaving behind the mysterious megastructure as some kind of monument resembling their former glory.

Until more news have surfaced, the possibility of Kepler detecting a Dyson sphere are holding up, as well as the swarm of wild comets orbiting around.