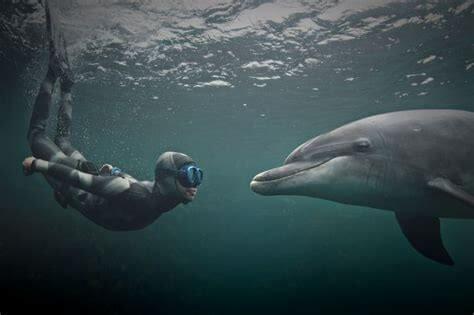 In the 1960s, Margaret Lovatt was part of a NASA-funded project to communicate with dolphins. Soon she was living with ‘Peter’ 24 hours a day in a converted house. Christopher Riley reports on an experiment that went tragically wrong

Like most children, Margaret Howe Lovatt grew up with stories of talking animals. “There was this book that my mother gave to me called Miss Kelly,” she remembers with a twinkle in her eye. “It was a story about a cat who could talk and understand humans and it just stuck with me that maybe there is this possibility.”

Unlike most children, Lovatt didn’t leave these tales of talking animals behind her as she grew up. In her early 20s, living on the Caribbean island of St Thomas, they took on a new significance. During Christmas 1963, her brother-in-law mentioned a secret laboratory at the eastern end of the island where they were working with dolphins. She decided to pay the lab a visit early the following year. “I was curious,” Lovatt recalls. “I drove out there, down a muddy hill, and at the bottom was a cliff with a big white building.”

Lovatt was met by a tall man with tousled hair, wearing an open shirt and smoking a cigarette. His name was Gregory Bateson, a great intellectual of the 20th century and the director of the lab. “Why did you come here?” he asked Lovatt.

“Well, I heard you had dolphins,” she replied, “and I thought I’d come and see if there was anything I could do or any way I could help…” Unused to unannounced visitors and impressed by her bravado, Bateson invited her to meet the animals and asked her to watch them for a while and write down what she saw. Despite her lack of scientific training, Lovatt turned out to be an intuitive observer of animal behaviour and Bateson told her she could come back whenever she wanted.

“There were three dolphins,” remembers Lovatt. “Peter, Pamela and Sissy. Sissy was the biggest. Pushy, loud, she sort of ran the show. Pamela was very shy and fearful. And Peter was a young guy. He was sexually coming of age and a bit naughty.”

The lab’s upper floors overhung a sea pool that housed the animals. It was cleaned by the tide through openings at each end. The facility had been designed to bring humans and dolphins into closer proximity and was the brainchild of an American neuroscientist, Dr John Lilly. Here, Lilly hoped to commune with the creatures, nurturing their ability to make human-like sounds through their blow holes.

Lilly had been interested in connecting with cetaceans since coming face to face with a beached pilot whale on the coast near his home in Massachusetts in 1949. The young medic couldn’t quite believe the size of the animal’s brain – and began to imagine just how intelligent the creature must have been, explains Graham Burnett, professor of the history of science at Princeton and author of The Sounding of the Whale. “You are talking about a time in science when everybody’s thinking about a correlation between brain size and what the brain can do. And in this period, researchers were like: ‘Whoa… big brain huh… cool!’”

At every opportunity in the years that followed, John Lilly and his first wife, Mary, would charter sailboats and cruise the Caribbean, looking for other big-brained marine mammals to observe. It was on just such a trip in the late 1950s that the Lillys came across Marine Studios in Miami – the first place to keep the bottlenose dolphin in captivity.

Up until this time, fishermen on America’s east coast, who were in direct competition with dolphins for fish, had considered the animals vermin. “They were known as ‘herring hogs’ in most of the seafaring towns in the US,” says Burnett. But here, in the tanks of Marine Studios, the dolphins’ playful nature was endearingly on show and their ability to learn tricks quickly made it hard to dislike them.

Here, for the first time, Lilly had the chance to study the brains of live dolphins, mapping their cerebral cortex using fine probes, which he’d first developed for his work on the brains of rhesus monkeys. Unable to sedate dolphins, as they stop breathing under anesthetic, the brain-mapping work wasn’t easy for either animals or scientists, and the research didn’t always end well for the marine mammals. But on one occasion in 1957, the research would take a different course which would change his and Mary’s lives for ever.

Now aged 97, Mary still remembers the day very clearly. “I came in at the top of the operating theater and heard John talking and the dolphin would go: ‘Wuh… wuh… wuh’ like John, and then Alice, his assistant, would reply in a high tone of voice and the dolphin would imitate her voice. I went down to where they were operating and told them that this was going on and they were quite startled.”

Perhaps, John reasoned, this behavior indicated an ambition on the dolphins’ part to communicate with the humans around them. If so, here were exciting new opportunities for interspecies communication. Lilly published his theory in a book in 1961 called Man and Dolphin. The idea of talking dolphins, eager to tell us something, captured the public’s imagination and the book became a bestseller.

Man and Dolphin extrapolated Mary Lilly’s initial observations of dolphins mimicking human voices, right through to teaching them to speak English and on ultimately to a Cetacean Chair at the United Nations, where all marine mammals would have an enlightening input into world affairs, widening our perspectives on everything from science to history, economics and current affairs.

Lilly’s theory had special significance for another group of scientists – astronomers. “I’d read his book and was very impressed,” says Frank Drake, who had just completed the first experiment to detect signals from extraterrestrial civilizations using a radio telescope at Green Bank in West Virginia. “It was a very exciting book because it had these new ideas about creatures as intelligent and sophisticated as us and yet living in a far different milieu.” He immediately saw parallels with Lilly’s work, “because we [both] wanted to understand as much as we could about the challenges of communicating with other intelligent species.” This interest helped Lilly win financial backing from Nasa and other government agencies, and Lilly opened his new lab in the Caribbean in 1963, with the aim of nurturing closer relationships between man and dolphin.

A few months LATER, in early 1964, Lovatt arrived. Through her naturally empathetic nature she quickly connected with the three animals and, eager to embrace John Lilly’s vision for building an interspecies communication bridge, she threw herself into his work, spending as much time as possible with the dolphins and carrying out a programme of daily lessons to encourage them to make human-like sounds. While the lab’s director, Gregory Bateson, concentrated on animal-to-animal communication, Lovatt was left alone to pursue Lilly’s dream to teach the dolphins to speak English. But even at a state-of-the-art facility like the Dolphin House, barriers remained. “Every night we would all get in our cars and pull the garage door down and drive away,” remembers Lovatt. “And I thought: ‘Well there’s this big brain floating around all night.’ It amazed me that everybody kept leaving and I just thought it was wrong.”

Lovatt reasoned that if she could live with a dolphin around the clock, nurturing its interest in making human-like sounds, like a mother teaching a child to speak, they’d have more success. “Maybe it was because I was living so close to the lab. It just seemed so simple. Why let the water get in the way?” she says. “So I said to John Lilly: ‘I want to plaster everything and fill this place with water. I want to live here.’”

The radical nature of Lovatt’s idea appealed to Lilly and he went for it. She began completely waterproofing the upper floors of the lab, so that she could actually flood the indoor rooms and an outdoor balcony with a couple of feet of water. This would allow a dolphin to live comfortably in the building with her for three months.

Lovatt selected the young male dolphin called Peter for her live-in experiment. “I chose to work with Peter because he had not had any human-like sound training and the other two had,” she explains. Lovatt would attempt to live in isolation with him six days a week, sleeping on a makeshift bed on the elevator platform in the middle of the room and doing her paperwork on a desk suspended from the ceiling and hanging over the water. On the seventh day Peter would return to the sea pool downstairs to spend time with the two female dolphins at the lab – Pamela and Sissy.

By the summer of 1965, Lovatt’s domestic dolphinarium was ready for use. Lying in bed, surrounded by water that first night and listening to the pumps gurgling away, she remembers questioning what she was doing. “Human people were out there having dinner or whatever and here I am. There’s moonlight reflecting on the water, this fin and this bright eye looking at you and I thought: ‘Wow, why am I here?’ But then you get back into it and it never occurred to me not to do it. What I was doing there was trying to find out what Peter was doing there and what we could do together. That was the whole point and nobody had done that.”

Audio recordings of Lovatt’s progress, meticulously archived on quarter-inch tapes at the time, capture the energy that Lovatt brought to the experiment – doggedly documenting Peter’s progress with her twice-daily lessons and repeatedly encouraging him to greet her with the phrase ‘Hello Margaret’. “‘M’ was very difficult,” she remembers. “My name. Hello ‘M’argaret. I worked on the ‘M’ sound and he eventually rolled over to bubble it through the water. That ‘M’, he worked on so hard.”

For Lovatt, though, it often wasn’t these formal speech lessons that were the most productive. It was just being together which taught her the most about what made Peter tick. “When we had nothing to do was when we did the most,” she reflects. “He was very, very interested in my anatomy. If I was sitting here and my legs were in the water, he would come up and look at the back of my knee for a long time. He wanted to know how that thing worked and I was so charmed by it.”