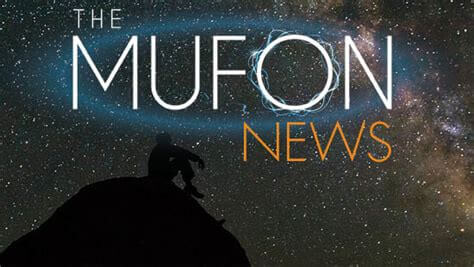 Case 111449
An AZ witness at Gilbert states that orbs can be seen all time in Gilbert, therefore he decided to go outside thinking that maybe he could record one of the orbs with his new camera. No more than a couple of minutes later sure enough an orb appeared overhead in the sky. The witness said to himself “you have got to be kidding”. That fast. Take a look at the video he turned into us. The witness states if you zoom in you can distinctly see a grey circle with bright white lights around it.

Case 111401 A Colorado witness at Colorado Springs on September 12th 2020 at 11:30pm
Witnessed a dark object with flashing red & white lights. It ascended and descended rapidly moving with speed in ways that defy the laws of physics.. The witness said he felt lucky to have seen this in the N.W. sky over Colorado Springs!!! The person speaking with him seemed to be more concerned about politics than what was going on in the sky. Take a look at the video we

Case 111383 A N.Y witness whom is a field investigator was in Utica on September 8th 1:00 am filmed 3 orbs appearing out of no where making no sound. You may be interested to know there was another case reported out of Utica a few months prior in Case 110049 Here is the video we have from the Sept. 8th sighting.

Case 111408
A MN witness at Sabin had seen 3 to 4 bright lights in the sky on Sept 10th. The witness watched as the light suddenly disappeared. Right after that a red orb was reported to be flowing through the neighborhood flying low and moving at a fast rate as if it was was trying to play hide and seek before it disappeared into the clouds. Here is the video that was turned into us