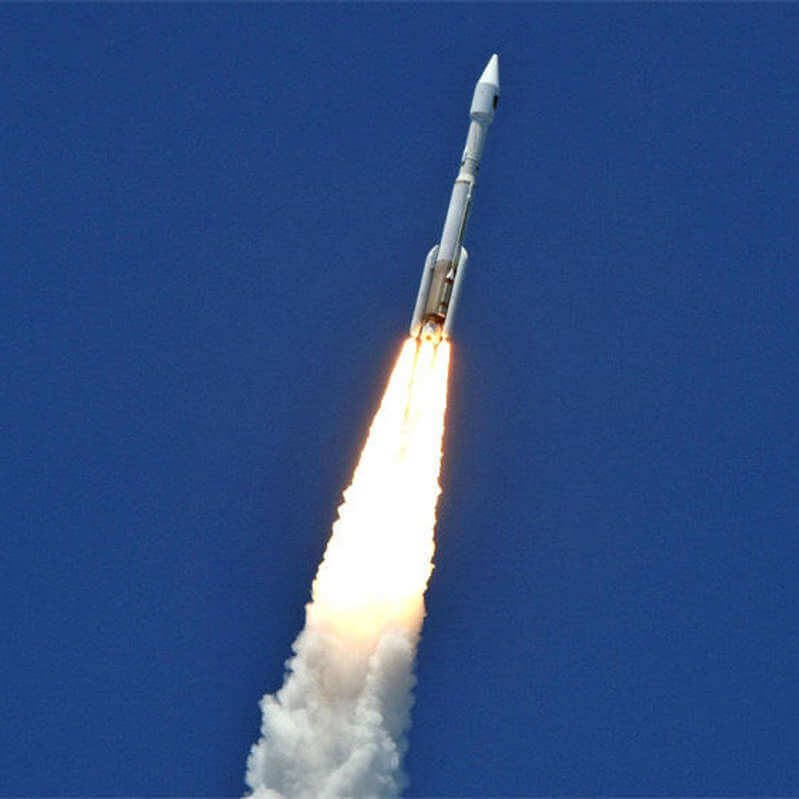 A United Launch Alliance Atlas 5 rocket blasted off from Cape Canaveral on Tuesday, boosting a billion-dollar missile early warning satellite into orbit to scan the Earth below for the tell-tale heat generated by a threatening rocket launch.

© William Harwood/CBS News 051821-launch4.jpg Once operational, after tests and checkout, the new satellite will join four other Space Based Infrared System — SBIRS — spacecraft already in orbit 22,300 miles above the equator that use telescopes and state-of-the-art infrared sensors to provide early warning of unusual heat “signatures.”

© Provided by CBS News A United Launch Alliance Atlas 5 rocket thunders away from pad 41 at the Cape Canaveral Space Force Station carrying a billion-dollar missile early warning satellite. / Credit: William Harwood/CBS News “The need for SBIRS systems has never been more critical,” said Tom McCormick, vice president of satellite-builder Lockheed Martin’s Overhead Persistent Infrared Missions division. “The threat of ballistic missile technology is spreading around the world, adversaries who we once held at geographic arm’s length now tout their development of this technology.”For early missile warning, SBIRS infrared detection capabilities serve as a tip of the spear, or bell ringer, that a launch has occurred and something is coming. SBIRS data informs many of our country’s other defensive systems, which together form a protective missile kill chain to defend our nation and our armed forces.”Running a day late because of trouble with a launch pad system, the SBIRS GEO-5 mission got underway at 1:37 p.m. EDT when the Atlas 5’s Russian-built RD-180 main engine ignited, followed by two strap-on solid-fuel boosters.

© Provided by CBS News Arcing away to the east over the Atlantic Ocean, the Atlas 5’s Russian-built RD-180 engine and two strap-on solid-fuel booster push the rocket and its Space Force payload out of the dense lower atmosphere. / Credit: William Harwood/CBS News The 197-foot-tall rocket, tipping the scales at 950,000 pounds at liftoff, majestically climbed away from pad 41 at the Cape Canaveral Space Force Station atop a plume of brilliant exhaust, tipping over and arcing to the east over the Atlantic Ocean through a cloudless blue sky.It was the second launch from the Cape Canaveral Space Force Station under the auspices of Space Launch Delta 45, formerly the 45th Space Wing, as the transition from Air Force to Space Force continues.About 43 minutes after liftoff, after two firings of the Aerojet Rocketdyne engine powering the Atlas 5’s Centaur second stage, the SBIRS GEO-5 satellite was released to fly on its own in an initially elliptical orbit with a high point of about 21,800 miles and a low point of 565 miles.

© Provided by CBS News A notional view of a SBIRS early warning satellite monitoring the Earth below with infrared sensors, on the lookout for the heat generated by a threatening rocket launch. / Credit: Lockheed Martin Over several weeks, on-board thrusters will be used to circularize the orbit at an altitude of 22,300 miles above the equator, putting the satellite in a “geosynchronous” orbit where spacecraft take 24 hours to complete one trip around the planet and thus remain positioned over the same region.The SBIRS GEO-5 satellite is the first military spacecraft built around Lockheed Martin’s modernized LM 2100 chassis, an in-house project to provide “greater resiliency and cyber hardening, enhanced spacecraft power, propulsion and electronics,” McCormick said.The SBIRS system incorporates data from older Defense Support Program, or DSP, early warning satellites along with stand-alone infrared sensors mounted on other classified military satellites in lower elliptical orbits.

© Provided by CBS News The SBIRS GEO 5 early warning satellite with one solar wing deployed during pre-flight testing. / Credit: Lockheed Martin “Missiles, as they fly, create a heat signature, and certainly our adversaries are moving to make that heat signature smaller and smaller, and we are moving to maintain a capability to detect those as we move forward,” Col. Dennis Bythewood, then director of the remote sensing systems at Los Angeles Air Force Base, told reporters before launch of the SBIRS GEO-4 satellite in 2018.”The missile warning constellation, comprised of both the Defense Support Program and the SBIRS satellites, provides that initial warning to our nation’s leaders. So whether there be an actual launch or a false indication of a launch, the missile warning architecture is there to provide the true data that allows us to understand what actually happened.”
Please remember we all have different opinions, Think Before You Speak or Write Something that is cruel to Others. After all, We are only Humans. Wishing you clear skies and wide eyes. To share your experiences or just leave a comment there is a area below. Read or listen.