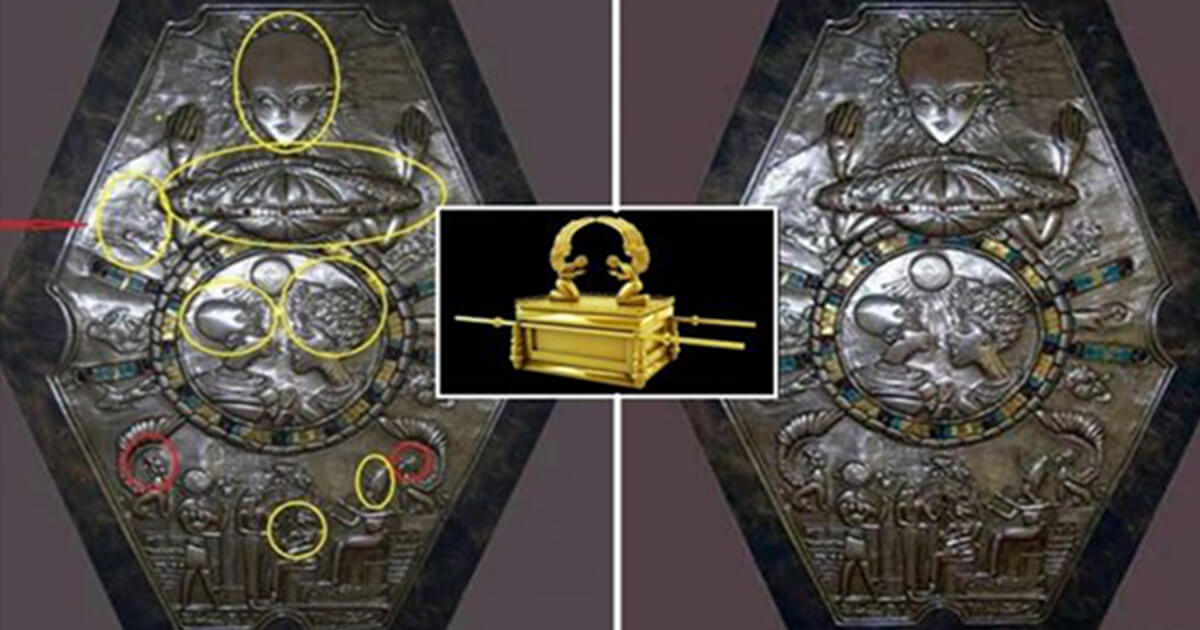 discoveries ever made is featured in the video you’re about to watch. Professor Winwood was the one who made the discovery. According to what we can see, ancient kings and monarchs of our planet were in contact with aliens. That could explain why characters from Egypt, such as Thoth and Orus, appear in some of the symbols. The being or creature from the talisman has hollow eyes, and we can see an object that looks like a ship around it.

The cylinder-like artifacts next to it resemble glass containers as if they were designed to hold something inside. A strange medallion discovered in an Egyptian tomb is also shown in the video. Alien-like figures appear in some of its features, supporting the theory that aliens made contact with pharaohs and ruled Egypt from the shadows.

Professor Winwood is accused of stealing items from the tomb and then publishing them in a magazine years later. This professor, who was also an archaeologist, was apprehended, and the stolen artifacts were taken to a museum for safekeeping. Take a look at the video below and come to your own conclusions.