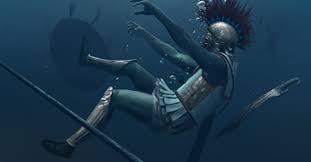 Matías De Stefano was born in Argentina, with the ability to connect to other worlds from a very young age. As a sensitive and aware, 3-year old Indigo Child, Matías could see and illustrate etheric beings and connect with channels of enlightened information.

Magical, open, and curious, Matias was committed to developing his connection to the sensitive, electric strands of creation throughout his early years.

In Initiation Season 2, Matías discusses the origins of Earth, its many early inhabitants, and gives powerful and practical insights for achieving harmony as a species on this planet.

He is even able to describe the early, Earthly giants, known as the Nemnir, who once inhabited our planet’s north and south poles.

As part of his core curriculum, Matías poses a variety of questions for his fans and followers to answer, including:

“What is the purpose of my life?

What role do I fulfill in the whole of humanity?

What importance do I have in this Universe, even though I’m so small?”

Matias has also suggested that while we have learned many tools, including our language and thinking skills, a life purpose should not require so much effort. It should come from the joy within our beings.

In his Initiation series, Matias helps us discover the mysterious origins of the species on our planet so we can take our rightful place among the Universe’s multi-dimensional beings, while helping us uncover a deeper purpose for humanity. He guides us towards a more harmonious way to live and exist between all the multi-dimensional beings bound to this world.

It’s no secret he has high hopes for humanity and the beautiful creatures on Planet Earth.

Matias describes emotions as the ways through which we record information, not only within ourselves but within the Akashic Records.

“Emotions are energy in motion. When the flow of positive and negative energy moves through our bodies, they create pulses that make the consciousness be aware of the universe transforming within, and that’s what we call emotions.” —Matias De Stefano

Throughout Earth’s history, several evolved beings have inhabited the planet. In partnership with other 4th and 5th dimensional beings, most sought to help thrust the DNA of the planet toward a sustainable existence. This notion is a major theme in the series.

Matias has described polarity as a tool for our evolution. By polarizing, these two forces must negotiate for the position, and in doing so, they give birth to new ideas and pathways. Throughout the ages, this polarity battle has also given rise to a wide variety of human races and species, each of whom has inched humanity toward expansion.

In other words, with polarity comes innovation, life, and evolution. According to Matias, without polarity, we might never have been able to create, reproduce, or even exist. The process of evolution only happens through the constant movement of the positive and negative forces.

According to Matías, these giant beings arrived on earth and settled mostly in the frozen northernmost areas of the planet. These massive beings began vibrationally coding the ice through deep chanting.  This would then store information in the ice to slowly be released into the blood of the planet, which is the water.

They used the ice throughout the north as storage areas. They were also the gatekeepers of the pathways to the inner dimensions of the planet. Over time, they traveled to other parts of the planet, which is when they met the newly arriving and birthing human beings.

As time passed, these Giants would isolate, take care of the ice records and travel channels, and generally refrain from interacting with society. While this remained the way for some time, some early humans eventually would interact with them for guidance. Over time, like all species that aren’t born on planet Earth, the quickly evolving surface of the planet forced them into the underground tunnels of inner earth.

”Due to the natural ability of women to bring the spiritual world into matter by giving birth, reptilians realized that women had a heightened understanding of alchemy and the universe. As a result of their teachings, women became shamans to help the evolution of humanity.” —Matias De Stefano

As cold-blooded creatures, they understood how to handle their emotions and the flowing energies within their physical forms. This is something that we humans find it difficult to master. With regard to emotions, the Reptilians were the masters.

The Serpent and The Feminine

This is why the snake and dragon are found throughout the planet’s early cultures, from the sacred snake of the Amazon, the snakes that the Kings and Queens of Egypt deified, the powerful dragons of China, the Kundalini snake of India, and the spirit-snake found in the etchings of ancient, outback Australia. These beautiful creatures were the symbol of enlightenment and expansion.

Even early Christianity, before the power-seekers, came to contrive and rule the religion, gave importance to reptiles through stories of the serpent.

Moving through our chakras and bringing us life, the serpent represents femininity and fertility. Because of this ability, men began fearing the serpent and oppressing the feminine. These men truncated the flow of truth from the heavens and removed The Goddess from the narrative, even though She gave birth to our planet and all Beings.

As all the Rishis, great Sadhus, sages and enlightened masters have said, God is mostly feminine. While it is the feminine energy that drives creation, it is the serpent that moves life throughout all the fibers of the Universe.

Reptilian energies are strong and powerful and still vibrate through each living Being on Earth. The powerful intentions they infused into our natures are laced with survival instincts and sealed into our DNA. This is the eager, striving, proactive, energetic engine that continually thrusts us forward.

The teachings of Matias De Stefano are structured and formulated for easy and relatable consumption. Even though he challenges some of today’s more popular notions found within the most addictive New-Age theories, he grounds it all with clear descriptions, relatable connective tissue, and a loving tone. This is how the most engaging sages and successful storytellers win hearts.

Since many of today’s spiritually inclined YouTube stars are overly slick, it’s sometimes difficult to absorb their messages. With Matías, there’s more transparency, and a bundle of openness, kindness, and hope. Overall, Matías’ narrative is infused with goodness, providing a helpful reframe for many themes we’ve been ingesting for years.

This profound, likable, and bilingual teacher has a global following and regularly streams continuous messages via every social media outlet possible. He’s organized multiple, massive events and teaches throughout the world on a variety of topics, most importantly, the awakening of consciousness.

Gifted, sweet, and upbeat, Matías seems destined for greatness – or at the very least unbridled, colossal popularity. Check out Season 2 of Initiation on Gaia – it’s wonderful.