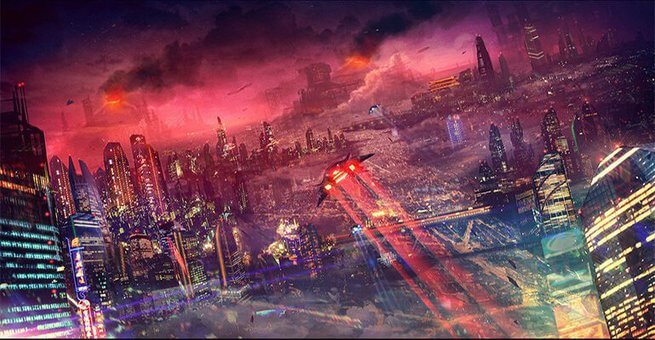 According to multiple sources, world leaders have already established contact with otherworldly intelligent beings and are now governing the Earth in accordance with a universal pact between many advanced races residing in the universe.

While for some of us it’s undeniable that extraterrestrial beings exist somewhere in the cosmos, there are others who claim that these beings already know of our existence, and are even visiting us or residing on or inside planet Earth. Some of these affirmations come from reputable persons that had worked in different environments either related to space or to secretive affairs on the planet.

For them, the transition between 2010 and 2020 is considered crucial for humanity because it will reveal the final proof involving intelligent entities that had been, and are still visiting our planet. According to them, the world is slowly being prepared for full alien disclosure.

Relevant details are provided by Alfred Webre in an interview for a renowned Spanish publication, La Vanguardia. He is the international Director of the Institute for Cooperation in Space (ICIS,) and works towards the preservation of our species by trying to prevent the weaponization of space and transform the permanent war economy into a peaceful, cooperative, democratic Space Age society, re-integrating with a larger, intelligent Universe society. He shared some of his ideas in the interview below:

I am 67 years old. I was born on a naval base in Florida during the Second World War. I live in Vancouver. I am a Doctor of Laws and a judge in the Kuala Lumpur Court of Justice for war crimes, I am married, I have a son and two stepdaughters. We live in a universe of intelligent origin. There is evidence that there are ethical civilizations more advanced than our own, who participate in our developmental process.

La Vanguardia: Give me evidence.
Webre: Declarations of The United States government employees who have testified their participation in secret programs of relations with certain extraterrestrial civilizations.

La Vnguardia: This means that we have already made contact with the extraterrestrials?

Webre: Yes, according to those witnesses, the United States government has been working with them secretly since the 1950s.

Andrew Basiago, son of a CIA official, was enrolled at the age of seven in a secret program for super-gifted children who were trained to be ambassadors before the extraterrestrial race.

Webre: There has been a meeting with 3 astronauts from the planet Mars. In January 2009, the CIA employee Virginia Olds confirmed that CIA knows there is a humanoid civilization living under the surface of Mars.

We think that in the year 9500 B.C. fragments of the Vela supernova entered the solar system and destroyed the ecology on Mars. The Martians, 1.500 years more ethically and technologically advanced than us humans, sheltered underground.

In December 2008 we published a report that included photos taken by the NASA robot Rover Spirit, in which one can identify certain species of humanoids, animals and structures on the Martian surface. You can see it on www.exopolitics.com.

La Vanguardia: There are three astronauts who assert to have seen extraterrestrial life.

Webre: Yes, Buzz Aldrin who travelled aboard the Apollo XI said that when they arrived on the Moon in 1969, there were two large extraterrestrial ships around the great crater, his version was verified by high NASA officials.

La Vanguardia: I am amazed.

Webre: Doctor Steven Greer, director of the Disclosure Project, has gathered more than 500 testimonies from military, government and intelligence of high rank that are witness to the extraterrestrial presence and they were made public in May 2009, in the National Press Club of Washington.

Webre: Recently so did France, Sweden and Denmark, and the United Kingdom that brought to light 7.200 UFO files compiled by D155, a secret unit of the Ministry of Defense.

La Vanguardia: Why not divulge the life on Mars?

Webre: Because of political reasons. We are going to insert a question invoking the freedom of information laws, so that NASA admits the intelligent life on Mars.

La Vanguardia: And the Martians, why don’t they appear in society?

Webre: Our planet is one of a low order and we assume it is under a quarantine that is imposed by the government of the universe.

Webre: We think that the ethical extraterrestrial civilizations have used the UFO phenomenon to acclimatize us to their existence, and that between 2010 and 2020 we can start having open relationships with these civilizations.

La Vanguardia: So the first contact will occur with the Martians?

Webre: Yes, because there are many mutual benefits, they can give us technologies and knowledge, and we have a precious green planet they can migrate to.

La Vanguardia: How does the universe function?

Were: There are many dimensions and universes that are parallel to our own. Some extraterrestrial civilizations come from other dimension, from other parallel universe, that is why the UFOs can appear and disappear.

La Vanguardia: How are these more evolved civilizations like?

Webre: Looks like we are living in an organized universe and the more ethical civilizations have achieved domination of the time dimension and it is them who will probably develop our reality.

Webre: According to some theories we are evolving on a very accelerated pace, in order to abandon the economy of permanent war and to turn it into a sustainable economy. The human consciousness is developing to enter the universal age and to openly connect with those other civilizations.

La Vanguardia: They could lend us a hand.

Webre: There is a primary guideline: do not interfere in the evolution of a civilization from other planet. But in very little time, man will learn how to use the  and to extract energy from space. We are in a transitional era where we must decide if we choose destruction or evolution.

La Vanguardia: Does your work consist of studying the great government of the universe?

Webre: I personally work with Doctor Norman Miranda, the cabinet chief of the president of UNO General Assembly, so that UNO will represent the Earth before the Martian civilization.

If Webre’s predictions prove to be true we are yet to find out, but considering that his beliefs are shared by many others, it’s likely that at least a grain of truth resides in his story. There’s clearly much disinformation ‘flying around’ the internet these days which turns people into skeptics when it comes to the UFO phenomenon and a former Martian civilization, but it’s likely that instead of presenting the entire  history of humanity as something totally different, our governments choose to play this game of denial to their advantage. After all, what better way to discredit the people than not giving them the attention they request?

This was a very interesting read and makes you wonder , What IF It’s TRUE?

1 thought on “Mars is Inhabited by Humans and We Have a Secret Pact with Aliens, Space Activist Reveals”