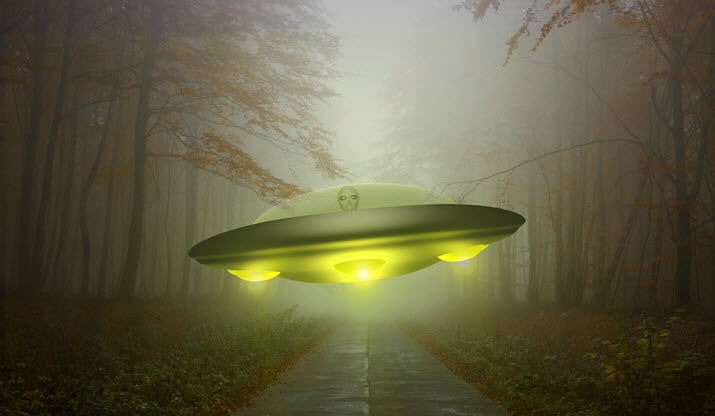 Robert Miller has recently come forward with an incredibly testimony. He claims to have piloted and alien craft in Area 51 during the late 1950s or 60s. Retired long time ago he feels that the public needs to know of the secret technology that our governments possess. Is this testimony real or is the former-pilot looking for attention? It certainly resembles other testimonies from other Are 51 workers.

His father was an aerospace engineer but never shared details on the projects he was working on. Robert was an airplane enthusiast and with the support of his father became a licensed pilot an the age of 15. A few year later he became a pilot for the US Marine Corps. Then at the age of 28 while still at the marines he receives an internal confidential letter announcing that he had been chosen as a test pilot to work at the Groom Lake (i.e. Area 51) test facility.

He picked up a military plane from Las Vegas. Once at the base he was escorted by two men in black to an underground facility. After passing many corridors and going down many stairs, they showed him a small room with a bed and a desk and told him that this would be his room for the next two months. They let him there and locked the door. In a draw, Miller found a booklet with an overview and instructions on working in area 51. The booklet mentioned that the base employed 1,200 people and  was secret from the general public. It also mentioned that jobs in the secret base were offered by invitation only by the base´s insiders.

An hour later the men in black returned and asked him to follow them to another room. After sitting around a table the men in black explained to Miller that the would be flying a new technology. They explained that the technology had not been developed by humans (but from extra-dimensional beings) and that they had reversed engineered it after discovering the remains of a craft in 1947 (Roswell?) and that he would be the first one to pilot it. They also made it clear that there would be consequences for him and his family if he shared his experiences at the base. In this conversation Miller also learned that the alien crew was still alive and was kept in an undisclosed location.

Next morning he was escorted to the cafeteria where he had breakfast and got to talk with some of the other test pilots. He noticed that the cafeteria was divided into sectors so that interdepartmental conversations and information sharing would not take place; obviously to avoid that someone unauthorized would not get the big picture of the operations taking place in Area 51. Next. he was taken to a room where he wore his flight suit and scientists took various measurements. After a couple of hours he was escorted to a warehouse.

In the middle of the warehouse stood a typical disc-shaped craft with an estimated diameter of 15 meters. The scientists told him that the craft was powered by an anti-matter reactor and that it could generate wormholes allowing it to travel at speeds close to the speed of light. They took him at the cockpit of the craft that had room only for one person and was situated at the craft top dome. In the cockpit there was no joystick, steering wheel or anything else indicating how the craft was piloted; only some odd looking gauges and a helmet. He was told that the craft was controlled through the helmet. The helmet enabled navigation through thought.

The next day all was ready for the test flight. The craft was waiting outside in the open air covered by a tarp. All base staff working outside was ordered to move indoors. The only people to witness the first test flight were a few scientist, the air traffic controllers in the tower and Miller. After everybody was indoors they took the tarp off and Miller entered the cockpit and put the helmet on. To control the craft he was told that he had to make the craft part of himself. By intending to elevate himself from the ground, Miller sensed the craft floating off the ground and the vibrations from the anti-matter reactor. Within a few seconds he was in the air. He could see the people on the ground and the cameras filming. He was instructed to take the craft to 300 meters and then land. While at 150 meters and ascending the reactor stopped. He started to lose altitude and realized that there was no escape from the craft. Before crashing to the ground miller became unconscious.

His next memory is waking up in the bases´s medical unit in bed with both of his legs in plaster casts. A man in a black suit entered and explained what happened. Right before crashing the craft disappeared. The man claimed that nobody had an explanation. Some hours later, in the middle of the night, they heard a crashing noise. Staff went out and saw the craft crashed on the ground, at the same spot it was expected to have crashed that morning. Miller was found unconscious with both of his legs shattered. Scientists hypothesized that for some reason the craft had time traveled some hours into the future resulting in the final part of the descent (the crash) to happen at night.

Miller was asked to sign a non-disclosure agreement and never entered Area 51 again. Although he signed the NDA he went public a few days back claiming that his safety is less important than the truth. Can we believe him? Time will tell. Let´s see if Miller will be consistent with his story or if we will have evidence disproving him.