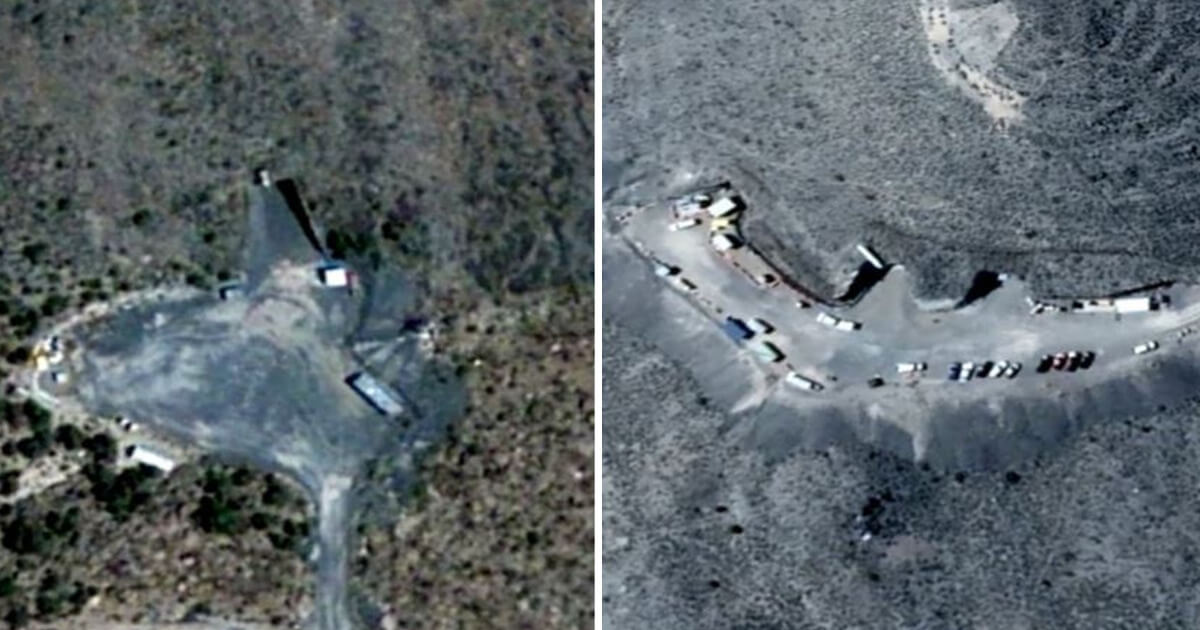 Virtual archeologists represent the future of archeology. With the tools that they have at their disposal, they can effortlessly search for monuments that are ruins on a budget too by simply logging into their Google Earth application and going for it.

Recently, another discovery was made under these means surrounding the world’s most notorious military base, Area 51. The user believes to have encountered a secret entrance on a mountain slope.

He went back to 1998 and snapped pictures of the same area, showcasing the fact that the entrance wasn’t there before the emergence of the military area.

He also stated that it could have been built by alien life forms or humans to get access to Area 51 from behind everyone’s backs.

FindingUFO actually posted a YouTube video detailing this whole discovery, showcasing the two parking lots which lead to the foothills of the mountains there. One of those parking lots is suspiciously placed around the entrance to a tunnel that allegedly goes nowhere.

Commentators all around the globe stated that this is the entrance to the secret US Air Force base known as Area 51. There have been some skeptics but they’ve been mostly ignored by the majority.

Bob Lazar reported that he’d worked for Area 51 in 89’ in Sector Four and that he used a similar means of entrance inside of the Papoose Range near the Papoose Lake.