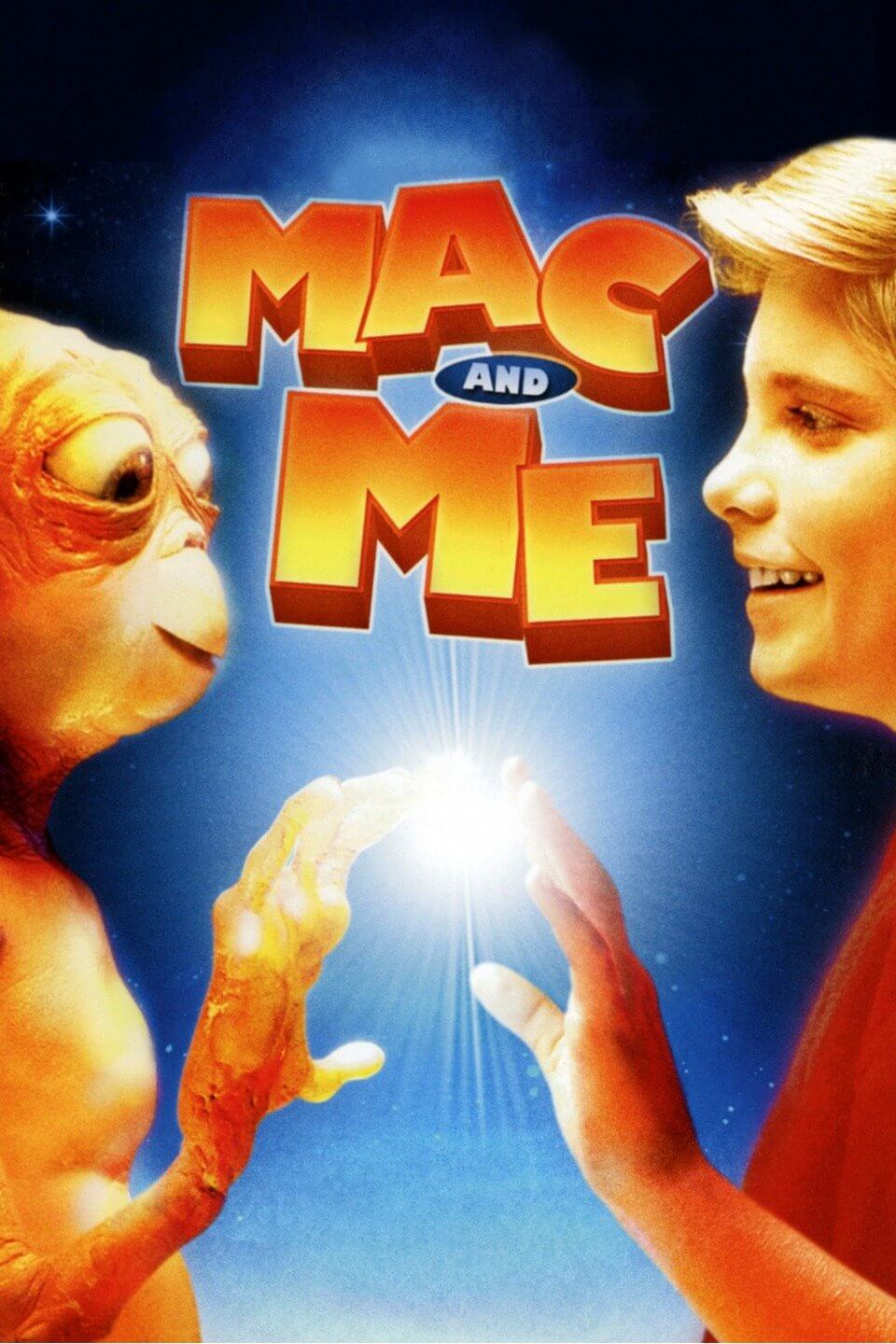 A NASA spacecraft lands on an unknown planet and begins to take rock and soil samples. Four aliens discover it and are sucked into the craft through its vacuum tube, after which it makes its way back to Earth. The aliens are able to escape from a government base by using their powers (with which they can destroy or heal anything they touch). During the escape, the youngest one hides in a passing van, occupied by a wheelchair-using boy named Eric Cruise, his older brother, Michael, and their single mother, Janet, who are moving to California from Illinois.

Shortly after the Cruise family arrives at their new home, Eric becomes suspicious of the alien’s presence. The next morning, he finds that the creature has trashed most of the house and learns its identity, but is blamed alongside his brother by their mother for what has happened. After seeing the creature again, Eric tries to catch up to him, but ends up sliding down a hill and falls into a lake, where he nearly drowns, but is rescued by the alien. Eric is not believed at all when he tries to tell his family about the creature’s actions.

Later that night, he sets a trap with the help of his new friend, Debbie, who had also seen the alien. The two trap him inside a vacuum cleaner, which malfunctions and causes the entire neighborhood to suffer a power surge. After the alien is released, Michael now believes Eric, but it leaves before Janet can be convinced. Eric’s behavior towards the alien changes after he fixes all of the damage he caused to the house, and leaves behind several newspaper clippings which Eric believes are an attempt to communicate.

FBI agents Wickett and Zimmerman, who had been present when the four aliens escaped from the base, have tracked down the youngest one to the Cruise residence. The two are immediately recognized by Eric and Michael. Eric is forced to take the alien, whom he has now named MAC (short for “Mysterious Alien Creature”), to a birthday party at a local McDonald’s where Debbie’s older sister, Courtney, works. Wickett and Zimmerman follow, but MAC, now disguised in a teddy bear suit, starts a dance number as a distraction and escapes with Eric on his wheelchair. After Wickett and Zimmerman chase them through a nearby neighborhood and shopping mall with additional help, they are rescued by Michael. Janet, having witnessed the chase while in the mall, catches up to the agents and inadvertently learns from Wickett that MAC is indeed real.

Eric, Michael, Debbie and Courtney decide to help reunite MAC with the other three aliens, revealed to be his family. With MAC’s help, they travel towards the outskirts of Palmdale and manage to find them in an abandoned mine. While stopping at a gas station, they accidentally alert security. After MAC’s father steals a gun from a security guard, the police arrive and a shootout takes place in the parking lot, which ends with an explosion destroying the gas station and Eric being killed by a stray bullet. Once Wickett, Zimmerman and Janet arrive by helicopter, MAC and his family use their powers to bring Eric back to life.

For saving Eric’s life, MAC and his family are granted American citizenship with the Cruise family and their neighbors, as well as Wickett and Zimmerman, in attendance at the ceremony. The film ends with MAC’s father driving his family, along with the kids who helped them, down a highway.

Wonderful show for the whole family. Pop some popcorn and enjoy with your kids. This is especially good for a family time movie at this time of Quarantine , I found it for free on Prime Video. I will continue to look for movies as a  way to help families get through this Quarantine time due to the Coronavirus Epidemic.