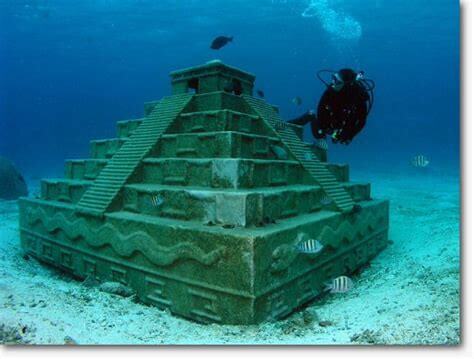 Premiere in progress. Started 61 minutes ago

Atlantean Gardens
According to Irish folklore an island named Hy-Brasil was located off of the west coast of Ireland, and although it was never officially found, the Island continued to appear on maps until at least 1873. The name derives from the Celtic word Breasal meaning ‘High king of the world’.
An international trade hub for at least half a millennium, an ancient Egyptian city called Heracleion (Egyptian name Thonis) vanished so suddenly, so completely, that no one even remembered where it was – until 1999.
Jekyll Island is located off the coast of the U.S. state of Georgia, where in 1910 some of America’s most influential bankers gathered for a secret meeting to plan the country’s monetary policy and establish a central banking system, which resulted in the draft legislation for what eventually became the creation of of the Federal Reserve act.
One of the most influential and popular documents exposing the formation of the FED central banking system is a book called, The Creature From Jekyll Island, which recounts a secret meeting that took place in 1910 on Jekyll Island, a stretch of white-sand beaches and beautiful landscape off the coast of Georgia.