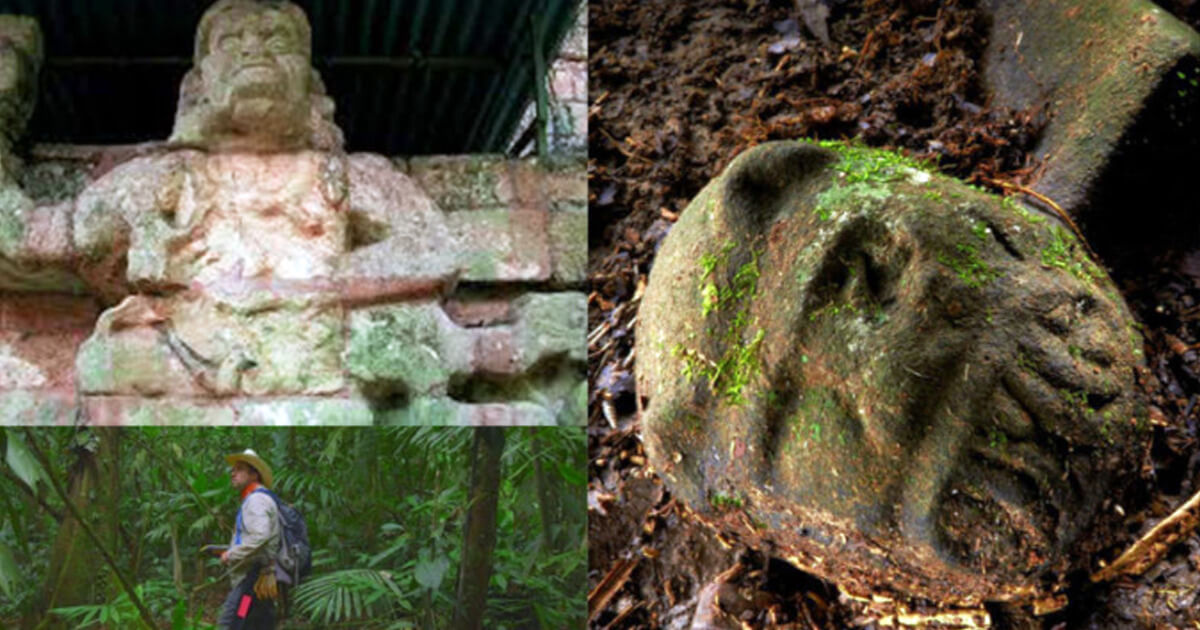 TheLipTV
Archaeologists discovered two lost cities deep in the jungles of Honduras. The US archaeological team that discovered the site emerging from the forest with evidence of a pyramid, plazas and various ancient artifacts and reported that it was a place untouched by humans for at least 600 years. One of the cities is thought to be the legendary “City of the Monkey God.” We take a look at the discovery, in this Lip News clip with Jackie Koppell and Jo Ankier.

A long-lost city has been unearthed deep in the rain forest, in the heart of Mosquitia, Honduras’ wild, marshy, and mainly unexplored region. For nearly a century, explorers have been searching for the mythical “Casa Blanca” and the Monkey God, a refuge where local people might hide from the conquistadors.

The city of the Monkey God was described as a Garden of Eden from which no one ever returned. For almost a century, explorers and prospectors have reported tales of witnessing the white ramparts rising above the jungle undergrowth. Eventually, it was identified during an aerial scan in 2012.

The Honduran military escorted a team of Colorado State University archeologists to the site, where they began measuring and mapping the metropolis that flourished here a thousand years ago. To keep it safe from looters, the site’s location hasn’t been divulged, but it did produce a stunning trove of amazing stone sculptures located at the foot of an earthen pyramid.

Sculptures include stone jars with snakes, vultures, and animal-like forms, as well as ceremonial chairs connected with shamans.

According to Christopher Fisher, a Mesoamerican archaeologist, the site’s immaculate, unlooted state was “extremely unique.”