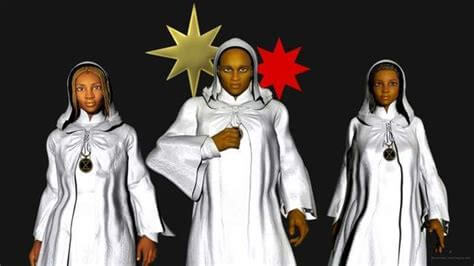 “There are great ideas undiscovered, breakthroughs available to those who can remove one of truth’s protective layers. There are places to go beyond belief” – Neil Armstrong

Princeton physics professor and NASA astronaut, Dr. Brian O’Leary, once said that “there is abundant evidence that we are being contacted, that civilizations have been visiting us for a very long time.” Apollo 14 Astronaut, Dr. Edgar Mitchell, told the world that “yes, there have been crashed craft, and bodies recovered” and that “there is no doubt that we are being visited.” One of the original seven astronauts for Project Mercury, Gordon Cooper, has also been quite outspoken regarding extraterrestrial vehicles that are spotted and tracked, not only in space – but in our own atmosphere. Clark C. McClelland, a former technician of the Space Shuttle fleet claimed he personally observed an 8-to-9-foot tall extraterrestrial. Dr. Jacque Valle co-developed the first computerized map of Mars for NASA in 1963, and he continues to create awareness today. Buzz Aldrin has spoken multiple times regarding a UFO that followed them for the majority of their mission, as well as a monolith on the moon of Mars. Maurice Chatelain, a former NASA communications expert has also been quite outspoken.

A high ranking Ex-USAF Colonel (ret), Ross Dedrickson, who claimed that the technical failure experienced during Apollo 13 forced extraterrestrials to assist them with their trip home. Story Musgrave, an American physician and retired NASA member, has been making his rounds at UFO conferences for years, and Eugene Cernan, commander of Apollo 17 has stated publicly that he thought “UFOs were somebody else, some other civilization.” John Brandenburg, the Deputy Director for the Clementine Mission to the Moon as spoken about the known extraterrestrial presence, publicly, many times.  He did so in a documentary called Aliens on the Moon.

These are just American astronauts and NASA personnel, and it’s not even the full list of employees who have made such comments and remarks, not to mention that there are just as many, if not more, from the space programs of other countries. This doesn’t even represent the tip of the iceberg. Retired Soviet Air Force colonel and cosmonaut trainee named Marina Popovic, for example, expressed that one of the last photographs received by the Russians from Phobos II showed “the silhouette of an odd-shaped object approaching the spacecraft.” Popovich said the picture was taken on March 25th, 1989, in deep space near Phobos (moon of Mars) shortly before contact with the craft was lost. She said the object very well may have been an alien spacecraft.” Her belief that this happened was also poorly expressed by the New York Times.

The point is, there are uncountable amounts of people from within these space agencies, not to mention high ranking political, military and intelligence personnel who have all provided their testimony and experiences. Now that the UFO phenomenon is no longer taboo, and ‘officially’ declassified in the mainstream world, it’s time to bring attention to the extraterrestrial hypothesis.

Perhaps the biggest point I want to get across by mentioning all of the above is that the majority of astronauts and employees within multiple space programs have openly spoken up and out about this issue, yet none of them ever get or have received any mainstream air-time and attention. It seems those segments are reserved for astronauts like Chris Hadfield, who are placed on the most popular platforms only to debunk what all of the above are saying. If there are 50 astronauts saying yes, we are not alone and this is known, but one of them saying no, that’s the one that is the one who receives all of the attention.