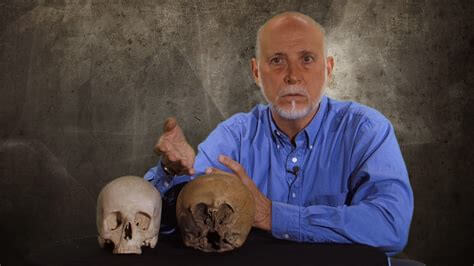 GUEST: Lloyd Pye, Director of the Starchild Project http://lloydpye.com Are we alone in the universe? That question has plagued mankind for thousands of years, and despite the numerous scientific advancements that we’ve made in the last century, we still have no proof — definitive or speculative — that non-human intelligent life exists elsewhere besides our world. Proof of extra-terrestrial life would change our world, our thinking and our way of life entirely. But what if it does exist? This week, Dr. Staninger welcomes Lloyd Pye, former Hollywood screenwriter and current Director of the Starchild Project, a research organization that has been investigating the Starchild Skull since February of 1999. It is his belief that the skull provides irrefutable evidence that life of extra-terrestrial origins has lived — and died — on our planet, as recently as 900 years ago. Discovered in a Mexican cave around 1930, the skull was part of a larger skeleton found by a teenage girl who had gone on a hike while visiting family. It was her intent to bring this skeleton — as well as a more plainly human skeleton found next to it — back with her to El Paso. Unfortunately, she hid the bones that night and a rainstorm washed them away. The girl was able to recover both skulls, though slightly damaged, but the rest of the skeletons were lost. In 1998, the skull came into the possession of Ray and Melanie Young of El Paso. Melanie, a neo-natal nurse, did not believe the starchild skull to be a simple deformity, and through connections in their local MUFON (Mutual UFO Network), met Lloyd Pye, whose book on hominoids (such as Bigfoot and the Yeti), Everything You Know is Wrong, had garnered him national attention. Mr. Pye initially thought the skull’s unusual physical characteristics must be the result of some kind of deformity, but upon investigation, soon learned that despite visual similarities to known conditions, the skull possessed qualities that do not match those of these maladies. Through research and testing, the age of the skull has been verified to be around 900 years old and preliminary DNA results have shown that the skull belonged to a being that is not 100% human. But more testing is needed, as less than 10% of the DNA has been recovered from the skull. It is Mr. Pye’s plan to raise the funds needed to recover and sequence the remaining DNA, and to produce two documentary films about the skull and exploring the possibilities of its origins — and perhaps the origins of all of humanity. Welcome to Lloyd Pye’s Official Website http://www.lloydpye.com/index.htm