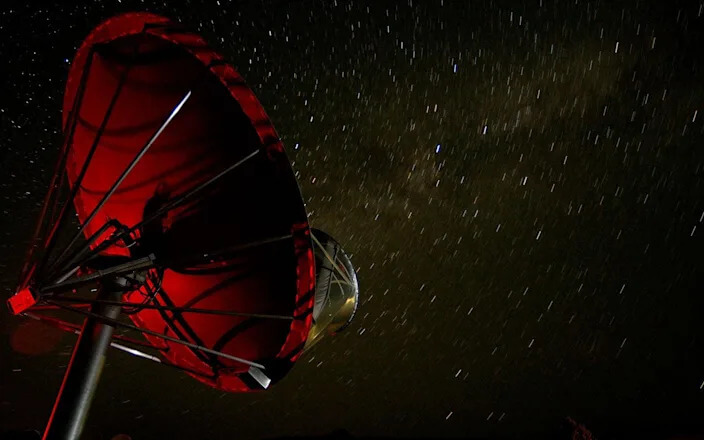 The SETI Institute, an organization which searches the cosmos for extraterrestrial intelligence, is helping to make a library specifically for aliens.

The library is SETI’s response to the Great Silence, the fact that in an infinite (or near-infinite) universe that should be teeming with alien life there is a distinct lack of communication between Earth and other civilizations.

This is commonly known as the Fermi Paradox. Our galaxy has between 100 billion and 400 billion stars, with even more planets orbiting each one. There are likely around 2000 billion galaxies in our observable universe, and with such vast numbers it seems likely that there could be millions – let alone one – planet that harbors life.

Since humanity has not had contact with these aliens, the question posed by Nobel Prize-winning physicist Enrico Fermi was: “Where are they?”

Scientists hypothesize a Great Filter – where life must pass through thresholds in order to colonize interstellar space – as a reason for this absence. Instead of staying around for us to find, civilizations ending themselves through a lack of resources, war, climate change, or other issues.

“Since some civilizations may have successfully averted certain perils that could lie in the future for others, all can potentially benefit by contributing to an interstellar reference library”, SETI says.

The Library of the Great Silence invites beings throughout the universe to share knowledge of catastrophic risks and survival strategies, based on the fact that such information has literally universal appeal.

The new research center will be an archive of objects associated with “transformational moments”. These are both natural, such as lava, meteorites and fossils of extinct species, and human, such as hand axes, money, trinitite (the glass formed from the first atomic bomb blast) and plastiglomerate (a sand and plastic conglomerate).

The library might be the only one in existence for the moment, but it’s possible more might arise. “We’re starting to reach out to libraries that already exist about whether they would host, potentially, branches,” Jonathon Keats, experimental philosopher and SET’s artist in residence, told Space.

“And, simultaneously, we’re actually looking off the planet and starting to look at what it would take to have a branch on the moon, for instance.”

The library, will provide a space for “phenomena ranging from chance to complexity to overreach”, SETI adds, “an open invitation to contribute information and ideas will be broadcast throughout the cosmos”.