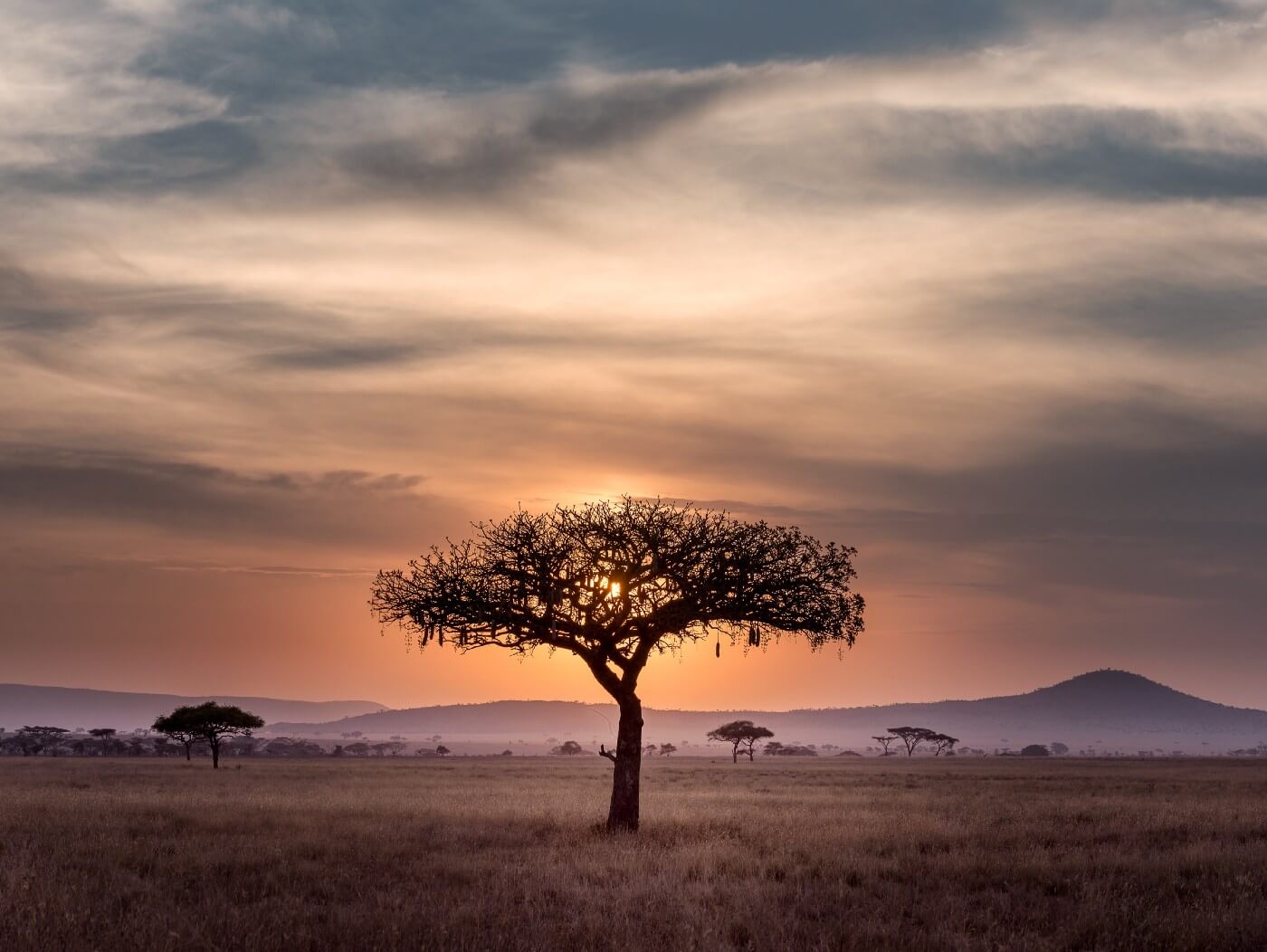 It’s twilight on the plains, the tribe is nowhere to be found, your water skin is empty, this was only supposed to be a patrol. Unfortunately you’re face to face with a curious and mangy male lion. Not usually much of a hunter, this one looks hungry, desperate, shunned and ready to take a gamble. You know there are only two options; gain the hierarchical advantage, or lay down to die. There is no back up. There is no running, and there is no shelter in sight.

Nanoseconds turn to eternities. A cocktail of hope, confidence, worry and fear courses through your veins, gripping your heart in a warm embrace of probability, this is that world-branching moment for you, make or break. It’s now, however long that is. It’s time, whatever that is made of. Time to look the lion in the eye, stand your ground and decide who is lunch and who has some new impressive couture to strut at the next harvest gathering. Time to decide; lay down and die (since playing dead only lengthens the play) or take hold of your humanity and invigorate your urge to survive?

That is the question facing the constituency of UFOlogy. The grip is tight on the spear, the target clear, its intent is instinctual, systematic… and somehow wholly based on free will.

Or is it? UFOlogy has witnessed the largest strides made in truth and transparency in decades and yet continuously falls prey to hucksterism and confirmation bias. It hungers for news, information, and scientifically verifiable data at a pace that rivals TMZ. It expects that almost 80 years of excessive government secrecy and over classification of information will be undone overnight. And it has voluntarily monetized the most paranoid aspects, those that project and embody our own human frailties and failings and feed off the negative dopamine reward system. All of these atmospherics combined with the frustration of the UFOlogy community’s inability to informatively discuss this topic against the back-drop of many experiencers and former government officials has created the perfect storm that threatens to fracture the community of interest it so passionately seeks to advocate for.

As the tidal waves of impassioned posturing crash upon this issue from different tectonic centers, each brings its own message advocating for its own point of view, while damaging others around it, regardless of the fact that ultimately they all want the one same outcome ….. to understand the truth of the phenomena through the full & honest transparency of the world’s governments.

Simply put, it exhibits the hallmarks of internal and external gaslighting, abuse, stigma and tribalism. UFOlogy talks about stigma, cover up, disinformation, compartmentalization and secret-hoarding. Exasperating all of this is the growing problem of “caste systems” within UFOlogy that consists of those who believe or project that they are “in the know” and those who are clearly not in the know, but are very quick to speculate about credibility of those studying the phenomena.

Struggling very much like a young fledgling parent the extended UFOlogy family is mirroring the ineffective parenting that they resented in their own youth. The institutional slinky falls right down the stairs with the first utterance of “Back in my day!”

There’s a steep conclusion cascade from the information collected in the last seventy five years or so. It gets even steeper if you do the research that makes news and not just consume it. Along with all of the information and hypothetical conclusions comes the anecdotal witness data. We have few mainstream researchers to look to and due to the voracious nature of those interested, often the only alternative is just that… alternative theories, methods and hypotheses.

I have my own very personal views on the value and efficacy of consciousness related UAP studies. That aside, one thing that I have learned is that most people who have turned to alternative history, channeled works, and claim greater understanding of the UAP source and motive all have one thing in common; anything beyond the boundary of their own individual opinions is what they call crazy. No singular hypothesis of theirs lines up with another and very few are able to represent the opposing perspectives with anything approaching a legitimately coherent understanding of the phenomena. In most cases, this is based on a guarding of individual experience and a personal yearning for communal validation and understanding. It flows like an opera, tragic and enigmatic.

This has further devolved along the lines of the various sub-cultures within UFOlogy, to include the spiritual CE5 enthusiasts, the scientific purists, the abduction believers, secret space program promoters, and those who will religiously follow data regardless of where it leads or how unusual of a hypothesis it may generate. This goes double for the government conspiracy folks.

Do both of these camps have relevant concerns and documented evidence of value? Most assuredly.

However, neither of these worldviews hold the keys to complete understanding of UAP. The most popular seek to evangelize an audience against one group, edifice or idea as moral payment for entry (followed closely by the required tithing to support the mission).

The Public is still awaiting the Benefit of many companies that have their merch store and Patreon all sussed out but still have yet to accomplish much but increase their brand and audience.

This is what I call UFOlogy and why I have a distaste for it. It’s also why I believe those that will disagree are trying to hold onto what makes them feel safe in the same way my elders think not using cursive signals the devolution of mankind and society.

I’ve often been tendered the idea that the proverbial “They” are trying to change the name of UFO to UAP for some unknown nefarious reason. I have mostly countered that is a superior descriptor. Under the umbrella of Unidentified Aerial Phenomena we find room for a spectrum of observed phenomena most of which don’t exhibit definitive “flight” characteristics. Admittedly, this does not cover the subset of Unidentified Submerged Objects (USO) nor relevant areas of plasma physics and the natural sciences. What you are seeing are the first funded large scale group scientific efforts to graduate out of the morass of government. You might then notice right off the bat they needed new language divorced from pop-culture if anyone were to listen and take them seriously. I’m personally and emotionally prepared to throw out the whole lexicon in favor of a pan-disciplinary symantec set that is data driven. Are you?

This ethical awakening must extend outward. That which cannot be proven must be separated and quarantined until we understand it. Those that want to champion esoteric or subtle sciences will have to learn from the mistakes of the past. Why is there only one doctor of parapsychology? If there is one at all, why not hundreds more? The pathway was laid out by Dr. Jeffrey Michlove, quite possibly the most single valuable living node linking the best in the field. Lack of recruiters? Come on now…

UFOlogy, citizen science and other grassroots efforts within UAP studies represent noble causes and in some places, have a great deal of value. By stark contrast though, they often attract a mode of contrarian logic that both feeds and eats its own. I recognize a need for societal changes in the imbalance of power due to information glut vs. secret keeping. The lack of institutional transparency ensured that those most needy would turn to those most willing to fill that need. It is time to cauterize that wound for the greater good and take your story, if you have one, to the masses, but not as written by UFOlogy. It is time to knock off the urban myth, legend and borderline sci-fi influences and give it to folks straight; who, what, when, where, maybe how, but unless you have proof, any why is a guess. If you can’t form a viable scientific hypothesis, save it for the sake of the collective cause.

Is this going to buy that special experience feeling? Nope. In this case, feeling special is the rabbit hole we seek to avoid, it clouds our ability to see the forest for the trees. UFOlogy doesn’t need another UFO Elvis. It needs a lot of kids taking their clarinet more seriously, learning to read music and refining their tone. We need symphony, not cacophony. We need harmony, not solos.

I promised an update and it is thus;

My colleagues and I have reached and connected nearly every top tier level of science, government, defense, media, entertainment, academia, non-governmental organization, and intelligence. We are openly briefing numerous volunteers from each sector on the current state of publicly available data, research, and known ways ahead to increase synergy and public reporting while maintaining both transparency, financial ethics, and an acute sensitivity to protect national security. We communicate, when solicited, the perceived wants and needs of folks in the trenches as well as the stands. The mission is to gain ground and strengthen the collective community, not level cities and fracture the UFOlogy family. It is to advance and hold, not decimate and then rebuild all over again.

There is an uncomfortable caveat to that update. Most of the parties involved are reticent to have their relationships and interests made public. The plans, programs and infrastructure involved are immediately poisoned by words like UFO, Alien or anything vaguely reminiscent of the paranormal, entertainment, or any mixture of the above. That means, plain and simple; the folks entering the conversation want a new conversation, not to be part of the old muckety-muck. UFOlogy and it’s fans must take that to heart.

Is the future of pragmatic, transparent UAP studies at a watershed moment? In my opinion, yes.

With that vision, we find ourselves back on the plains…

Whatever our origin, we all acknowledge a climb out of the primal and into modernity. For today’s fortunate person, the hero’s journey no longer requires slaying literal dragons, or for that matter lions; but metaphorically I believe the parties who made it to the end of this article without taking an easy exit of cognitive dissonance will recognize the spear in their hand, the wind in their hair and the need to win this fight, bring home that pelt and take a new name that everyone will hear.

This is not a news cycle. It is a fight to change the course of history. This fight doesn’t have a bevy of embedded journalists feeding the satellite, it reports back to HQ with solid progress, and not until. You are both HQ and audience. Get out of the stands and into the trenches. I’ll see you there.