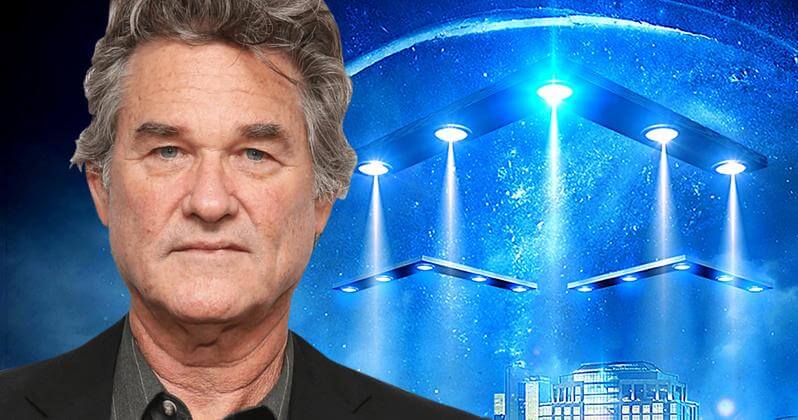 If you are at all into UFO lore, you are familiar with the famed Phoenix Lights incident, which took place in 1997. Thousands of people witnessed the bizarre light formation over the city, with many people reporting it over the course of that night. It turns out that Kurt Russell, yes the movie star Kurt Russell, was one of the first people to report the Phoenix Lights to authorities at the time.

During a recent BBC Interview while promoting Guardians of the Galaxy Vol. 2, the actor revealed, quite casually, that he was apparently the pilot that reported the Phoenix Lights. There are quite a few people who reported the bizarre event as it was unfolding, but the fact that this hasn’t come to light until now is pretty amazing. Here’s what Kurt Russell had to say about it.

“I was flying [his son Oliver] to go see his girlfriend, and we were on approach. I saw six lights over the airport in absolute uniform in a V shape. Oliver said to me, I was just looking at him, I was coming in, we’re maybe a half a mile out, and Oliver said, ‘Pa, what are those lights?’ Then I kind of came out of my reverie and I said, ‘I don’t know what they are.’ He said, ‘Are we okay here?’ And I said, ‘Yeah, I’m gonna call in,’ and I reported it.”

Kurt Russell, like Harrison Ford, is also a pilot, outside of being an accomplished actor. So the idea of him flying his son to see his girlfriend on that particular night isn’t all that hard to believe. Also, this is partially not that hard to believe because, as Russell also explains in the interview, he didn’t think much of the incident at the time. It wasn’t until years later when his wife Goldie Hawn was watching a special about the Phoenix Lights on TV that he realized it was actually a big deal. Is there anything Kurt Russell can’t accomplish?

Maybe someone will option the movie rights to his story. As recently as this year, Hollywood has had a bit of an obsession with the Phoenix Lights phenomenon, with the movie Phoenix Forgotten, which was produced by Ridley Scott, making its way into theaters in April. It didn’t do particularly well, but the fact that movies are still being made about this event twenty years later is telling.

For those who may not be familiar, the Phoenix Lights took place on March 13, 1997, and is one of the most important and well-documented UFO sightings of all time. Massive light formations of varying descriptions, but typically lights in a V-shaped formation, were seen over the space of around 300 miles from the edge of Nevada to the edge of Tucson, but primarily over the city of Phoenix, Arizona. You can check out the full interview clip with Kurt Russell for yourself below.