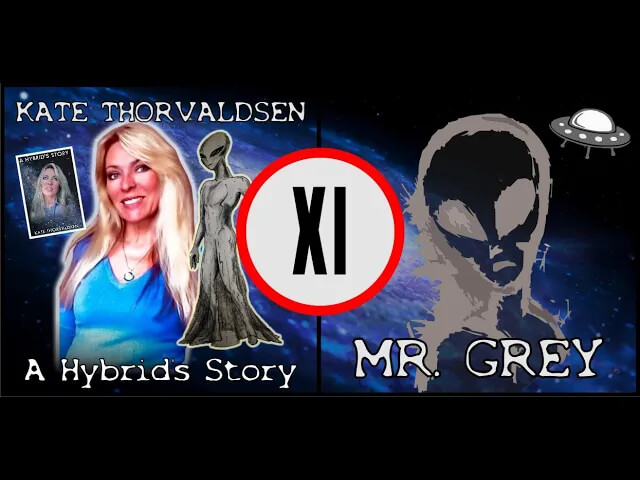 Experiencer Interviews
Welcome Back Everyone! Had an amazing time speaking to Kate tonight. I was blown away with some of her experiences and even more so when she put magnets on her implants. Enjoy!! Kate’s Biography: Kate Thorvaldsen was born in Drammen, Norway in 1969. She had her first close encounter when she was only three years old during which she met one of the small creatures we have come to know as the Greys. She was ten years old when she met these creatures for a second time and was was taken up into a craft. She lost her sense of smell during this event, and the encounter was also reported to UFO-Norway as a light phenomenon in 1979.   She was twenty nine years old when she had her third close encounter. She was alone in a very isolated cabin on Gol mountain where she had gone to work on her book. The morning after the encounter she awoke to find several strange sharp edged marks on her right eyelid. The next evening she discovered that her behavior had changed from being relaxed to being scared.   When she was later brought back down to the city where there was electricity, she found that she had become highly sensitive to sounds. She could hear electronic noises from many different types of equipment, and even had to leave the room while her mobile phone was being charged. She had become very light sensitive, and her sense of smell had returned. ​ On January 2016, it was suggested that she should check to see if she had any implants in her. She had found a triangular shaped object under the skin on her neck, so she purchased small neodymium magnets to see if they would attract there. The magnets attached easily! Further checking  revealed thirty two implants which were symmetrically placed on her body. With help from UFO-Norway, she managed to have x-rays taken by a private chiropractor which showed tiny black marks inside her body where the magnets had attached.   She has now written a book entitled; “A Hybrid’s Story”, where she tells the story of her life. This includes not only her close encounters but also her spiritual journey, and what it is like trying to live a normal life when she is so different from most people.
Please remember we all have different opinions, Think Before You Speak or Write Something that is cruel to Others. After all, We are only Humans. Wishing you clear skies and wide eyes. To share your experiences or just leave a comment there is a area below. Read or listen.