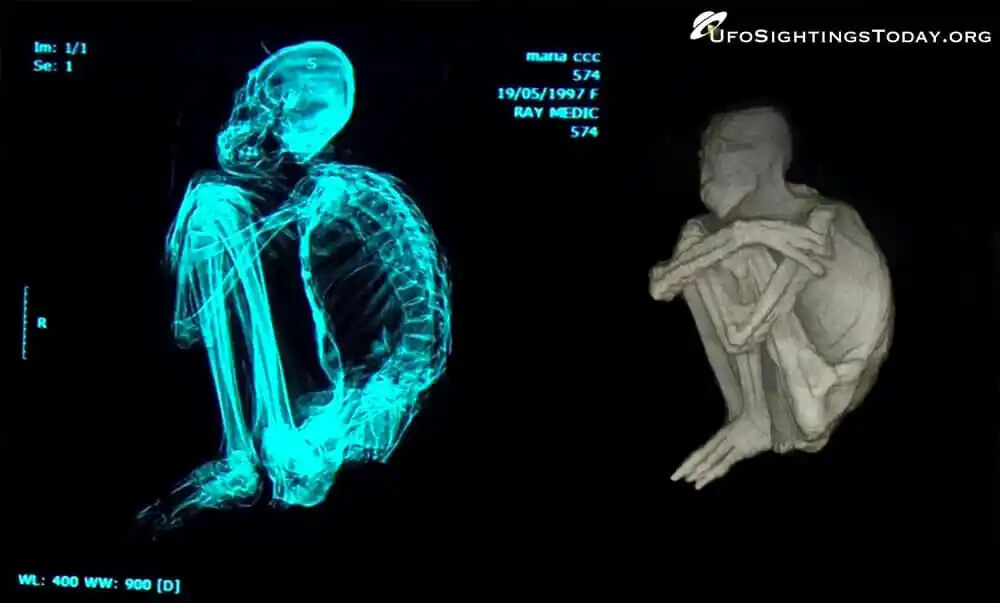 During 2017 and 2018, the three-fingered mummies with elongated skulls were in discussion all over the media. The remains of unknown creatures, that were found in Nazca, Peru in 2015, were allegedly considered to be extraterrestrial by many researchers. Unfortunately, the mainstream scientists called it a hoax and dismissed the case. Despite it, a Russian scientist performed a DNA test on one of the mummies and found out that it was not human.

It was firmly believed by a Russian expert named Konstantin Korotkov, who is Doctor in Computer Science and Biophysics at Saint Petersburg Federal University, that mummified remains belonged to ancient aliens. He further added that their DNA featured 23 pairs of chromosomes just like humans, but their anatomic structure was different. Although he was widely criticized for his bizarre statements, scientists and investigators continued their research on mummies.

In November 2019, a few experts gave their presentation at VI International Research Congress, hosted by the San Luis Gonzaga National University of Ica which has custody of Nazca mummies. Giorgio Piacenza of ExoNews who attended the conference interviewed some people who shared some results of their research on the mummies.

Among them was Biologist José de la Cruz Ríos López who confirmed to Piacenza that three-fingered mummies could not be a hoax. Another expert named Dr. Martin Alarcón Quispe said that the mummies had reptile-like skin that helped them to survive in the desert. Besides, their DNA did not match any known species. It was also confirmed by Dr. Galeckii Dimitri from Russia that the mummies had some human traits, but they were not humans. According to him, the skin of the mummies showed no evidence of physical or chemical altercations. Surprisingly, an X-ray showed egg-like things, surrounded by the membrane inside the mummified bodies.

Dr. Robert E. Farrell, an engineering professor and Ufologist told Piacenza that CAT scans proved that those mummies were non-human entities that supposedly came from outer space. Famous Mexican UFOlogist Jaime Maussan, who led the group that found one of the alleged mummies called “Maria,” concluded that these unusual findings could change the history of humans. Preliminary tests showed that the body of Peruvian mummy Maria, discovered in a tomb near the Nazca Lines, dated back to the 5th century AD.

Enrico Cantori, a Peruvian Mummy researcher who lives in Ica gave an update on the matter. According to him, the bodies found in Peru are distinguished into two distinct races: “one 160 cm high with hybrid characteristics very similar to homo sapiens and one only 60 cm high with unique characteristics never encountered before.”

According to Cantori, [Translation in English] “The tests carried out include a physical-chemical analysis of the skin which determined a keratin-based composition without sweat ducts and therefore with a structure very similar to reptiles. The result of carbon-14 dating on the two races depicts that they are 1000 to 1750 years old when the Paracas culture lived in the area (famous for elongation of the skull and their advanced brain surgeries through skull trepanation) and then the Nazca culture (famous instead for the megalithic Nazca lines).

The DNA test instead testifies that the smaller race has genetics similar to that of ancient dinosaurs that lived 200 million years ago while the second race share 25-30% of homo sapiens DNA while the remaining part is unknown. These examinations were accompanied by radiographs and a 16-section tomography made in Cuzco, Peru which showed that the internal structure is harmonious and has not been manipulated or assembled in any way.

These examinations of the insides of beings, especially the small ones, have shown unique characteristics of a race completely different from any being ever seen before. A race that could be classified as reptile-humanoid with oviparous reproduction, skin similar to that of reptiles, hollow bones similar to those of some saurians and birds, shoulder blades joined and welded in a fork similar to that of ancient dinosaurs or some species of modern birds.”

The Peruvian government is now interested in the three-fingered mummies, Cantori revealed. The controversial discovery that was dismissed by mainstream scientists as a hoax has now become a serious matter. If we closely look into the ancient wall paintings in Peru, then certain primitive drawings show three-fingered entities. Does it justify Nazca mummies’ existence in the ancient past?